In the latest in a series of decisions in recent years expanding religious rights, the justices overturned a lower court ruling that had rejected the families’ claims of religious discrimination in violation of the U.S. Constitution, including the First Amendment protection of the free exercise of religion.

The court’s conservative justices were in the majority in the 6-3 ruling https://www.supremecourt.gov/opinions/21pdf/20-1088_dbfi.pdf authored by Chief Justice John Roberts, with its liberal members dissenting. The decision built upon the court’s 2020 ruling in a Montana case that paved the way for more taxpayer dollars to flow to religious schools.

Maine’s program provides public funds for tuition at private high schools of a family’s choice in sparsely populated areas of the northeastern state lacking public secondary schools. Maine required eligible schools to be “nonsectarian,” excluding those promoting a particular religion and presenting material “through the lens of that faith.”

Roberts wrote that Maine’s program “operates to identify and exclude otherwise eligible schools on the basis of their religious exercise.”

The plaintiffs sought taxpayer dollars to send their children to two Christian schools that integrate religion into their classrooms and maintain policies against gay and transgender students and staff.

The First Amendment prohibits government endorsement of any particular religion in what is called the “establishment clause.” The liberal justices said the ruling forces states to fund religious education despite establishment clause concerns.

“Today, the court leads us to a place where separation of church and state becomes a constitutional violation,” liberal Justice Sonia Sotomayor wrote in dissent.

Powered by its increasingly assertive conservative majority, the court has expanded individual and corporate religious rights. Its conservative justices have been receptive to claims by plaintiffs – often conservative Christians – of government hostility toward religion including in education.

Conservative and religious advocacy groups have been seeking through the courts more access to public money for religious education, including through voucher or tax programs giving parents choices beyond public schools.

Maine Attorney General Aaron Frey called it “disturbing that the Supreme Court found that parents also have the right to force the public to pay for an education that is fundamentally at odds with values we hold dear.”

Frey said Maine’s law may need changes to “ensure that public money is not used to promote discrimination, intolerance and bigotry.”

The two schools describe themselves as seeking to instill a “Biblical worldview” in students, according to court records. They refuse to hire gay teachers or admit gay and transgender students. Bangor Christian Schools teaches that a “husband is the leader of the household” and includes a class in which students learn to “refute the teachings of the Islamic religion with the truth of God’s Word.”

Two sets of parents – David and Amy Carson, and Troy and Angela Nelson – sued Maine in 2018. The Nelsons wanted to use tuition aid to send their son to a Christian school called Temple Academy in Waterville, but instead used it for a secular private high school. The Carsons paid out-of-pocket to send their daughter to Bangor Christian Schools. She has now graduated.

“We always knew that we would be unlikely to benefit from a victory but felt strongly that Maine’s discrimination against religious schools and the families who choose them violated the Constitution and needed to end,” Amy Carson said after the ruling.

Liberal Justice Stephen Breyer wrote that state funding of religious activity risks causing societal “strife” as some might view the government as favoring one religion over another, or religion over nonreligion – problems the Constitution was designed to prevent.

“Taxpayers may be upset at having to finance the propagation of religious beliefs that they do not share and with which they disagree,” Breyer wrote, adding that believers in minority religions might see injustice in public funds going to adherents of more popular faiths.

Roberts said the court previously decided that states need not subsidize private education, but because Maine chose to do so it cannot disqualify religious schools. Maine has other options, Roberts added, including expanding its public school system.

“The court appears concerned with discrimination only when conservative Christians make the claim, and often, as here, in ways that further discrimination,” said Rachel Laser, president of the advocacy group Americans United for Separation of Church and State.

The court’s 2020 Montana ruling, involving an educational tax credit, prevented states from disqualifying schools from public aid based on their religious status or affiliation. The Maine ruling went further.

President Joe Biden’s administration had backed Maine in the case. 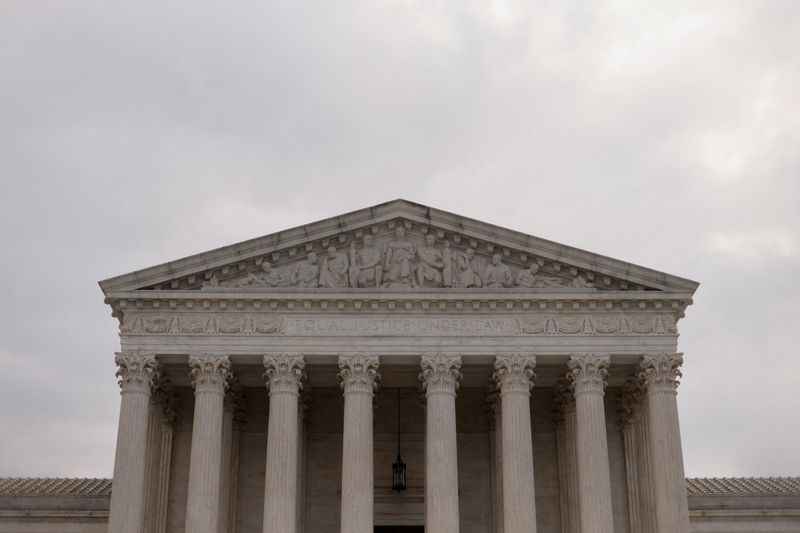