EAST LONDON, South Africa -South African mourners expressed anger and despair on Monday at the death of 21 teenagers in a tavern over the weekend, as investigating authorities said the youths were probably accidentally poisoned by something they ate, drank or smoked.

The still unexplained deaths of the teens, some of whom were celebrating the end of school exams and others a birthday party, have brought an outpouring of grief and shocked a nation accustomed to injuries linked to a binge drinking culture. Authorities ruled out an earlier-touted notion of a stampede.

Residents of Scenery Park, on the edge of East London, said they had asked authorities to close Enyobeni Tavern down weeks ago because it was serving under-aged kids.

The tavern’s licence was revoked on Monday.

At a prayer meeting at a local church, mourners and priests sang, prayed, drummed on hymn books and cried over the loss of the youngsters.

“I’m so devastated. We are so angry,” Maxhabiso Sibotoboto, 50, whose 17-year-old granddaughter, Monelo, was among the dead, told Reuters by phone from a church memorial service for them.

“People were complaining about the tavern. No one was happy about it. The community wanted the tavern to be shut,” he said.

Monelo did not live with her parents, because he father had died and her mother worked a long way from home, he said.

Pictures circulating on social media, still unverified by authorities, showed the bodies of youths lying scattered across the floor of the tavern, some also seen motionless on tables and couches.

“We are so heartbroken, guys. We lost one of our family members, a child who was doing grade 12 (final year) this year. We can’t accept it,” said Yandiswa Ngqoza, an aunt, as she choked back tears outside the morgue dressed in black attire.

“By the look of the child she has no visible injuries,” Ngqoza said, before breaking down sobbing. Minutes earlier she had entered the morgue and identified her niece, whose name she did not disclose.

An emotional Police Minister Bheki Cele had to pause speaking as he started weeping on Sunday, triggering cries among his audience outside a morgue.

“It is either something they ingested which will point to poisoning, whether its food or drinks, or it is something they inhaled,” Unathi Binqose, spokesperson for Eastern Cape’s provincial community safety department said by phone on Monday, ahead of a toxicology report still being awaited. He said hookah pipes were visible in CCTV footage of the scene.

“We are ruling out a stampede,” he added, after initial media reports suggested this may have been the cause.

President Cyril Ramaphosa said on Sunday he was worried about the circumstances under which young people, at least some under the age of 18 years, were allowed to gather at the tavern. It is illegal to serve drinks to under-18s in South Africa.

(Reporting by Wendell Roelf in Cape Town and a reporter in East LondonWriting and additional reporting by Tim Cocks in JohannesburgEditing by Peter Graff, William Maclean) 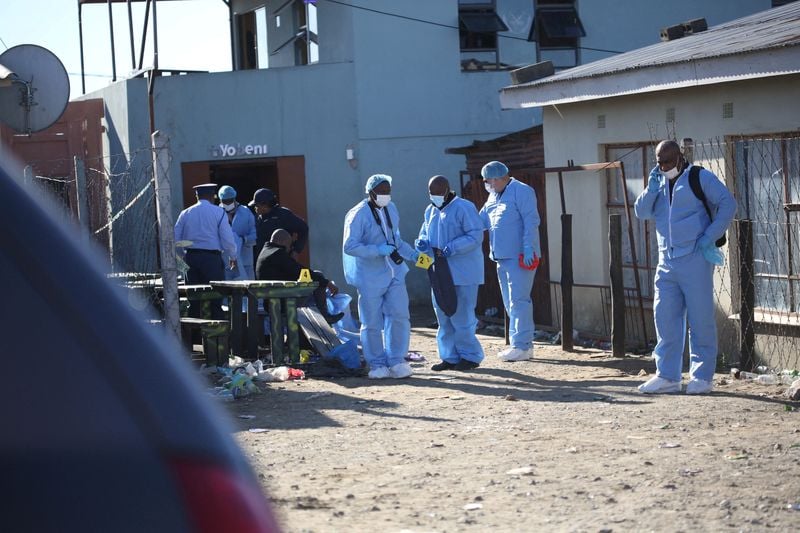 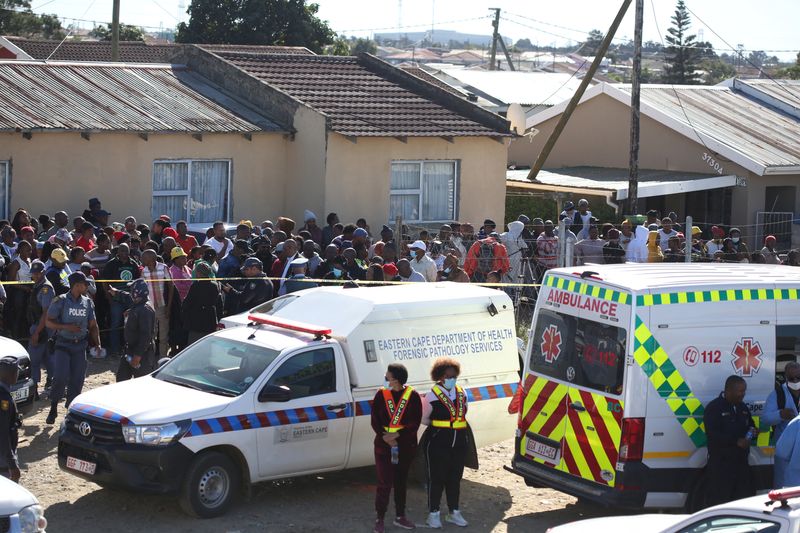