By Orhan Coskun and Jonathan Spicer

ANKARA (Reuters) – A NATO summit this week is unlikely to see a breakthrough to overcome Turkey’s opposition to Sweden and Finland’s membership bids as Ankara takes an unrushed approach to negotiations, according to Turkish officials and Western diplomats.

In response to Russia’s invasion of Ukraine, Sweden and Finland applied for NATO membership in what would be a historic enlargement of the Western defence pact. But Turkish President Tayyip Erdogan surprised allies by opposing it in May over what he called the Nordic countries’ support for terrorist groups.

Any membership bid requires approval of all 30 members of NATO, whose leaders convene in Madrid on June 29-30 in what some had billed as a stage to seal a deal.

Turkish negotiators are not concerned with deadlines imposed by foreign allies and are ready to press on for months if needed for the Nordic states to drop arms embargoes and crack down on what it sees as terrorist groups, the four sources told Reuters.

Based on draft language exchanged by NATO officials and the three sides this month, a big snag is Turkey’s demand that Sweden, in particular, extradites some Kurdish militants living there, said one person close to the matter.

The officials and diplomats did not rule out a last-minute deal. But Turkish presidential spokesman Ibrahim Kalin repeated a week ago that Ankara – NATO’s second-biggest military and a member for 70 years – awaits binding steps and does not see the summit as a deadline.

“There were meetings, but unfortunately steps we expected are not being taken,” said a Turkish government official involved in the talks. “It seems difficult for a result to come out of the NATO summit.”

In an interview with broadcaster Haberturk on Sunday, Kalin said he and Deputy Foreign Minister Sedat Onal would hold fresh talks with Finnish and Swedish officials in Brussels on Monday, followed by another round of talks between the leaders of NATO, Turkey, Finland and Sweden on Tuesday before the Madrid summit.

“Attending this summit does not mean we will take a step back from our position,” Kalin said, referring to Tuesday’s four-way meeting. “We have largely reached an agreement, there are some issues we don’t agree on. If we agree on those, that is how we’re going to go to Madrid.”

The person close to the matter, who also requested anonymity due to the sensitivity of talks, said the document outlining Swedish and Finnish commitments had boiled down to a few sections not yet fully agreed.

They included the appropriate treatment of a NATO partner on arms export controls, which the Nordic states applied to Turkey in 2019; a recognition of certain groups as terrorists; and concrete action on extraditions of individuals, the person said.

Turkey ramped up engagement in mid-June but its approach “is not driven by internationally-set thresholds…like Madrid”, the person said, adding one step forward was Stockholm’s agreement to ongoing consultations on counter-terrorism.

Erdogan, facing tight general and presidential elections over the next 12 months, says the Nordics harbour people linked to the Kurdistan Workers Party (PKK) that is deemed a terrorist group by Turkey, the European Union and United States, as well as Gulenist followers of a cleric accused of orchestrating a coup attempt in 2016.

The tough stance has helped his polls rebound even as Turkey’s inflation rate soars and its currency tumbles largely due to the president’s unorthodox economic policies.

A Western diplomat said Erdogan would likely eventually back the membership bids and declare victory to voters. “But this issue could last for several more months as he looks toward an election and NATO allies get increasingly frustrated.” 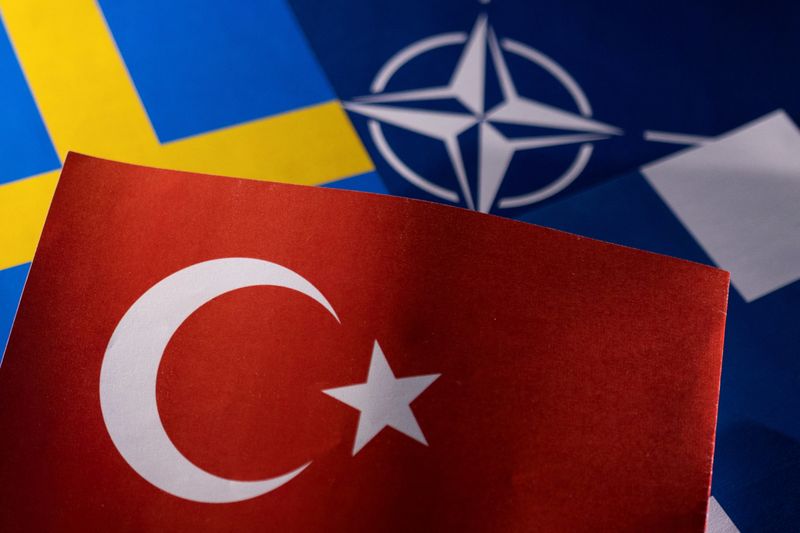 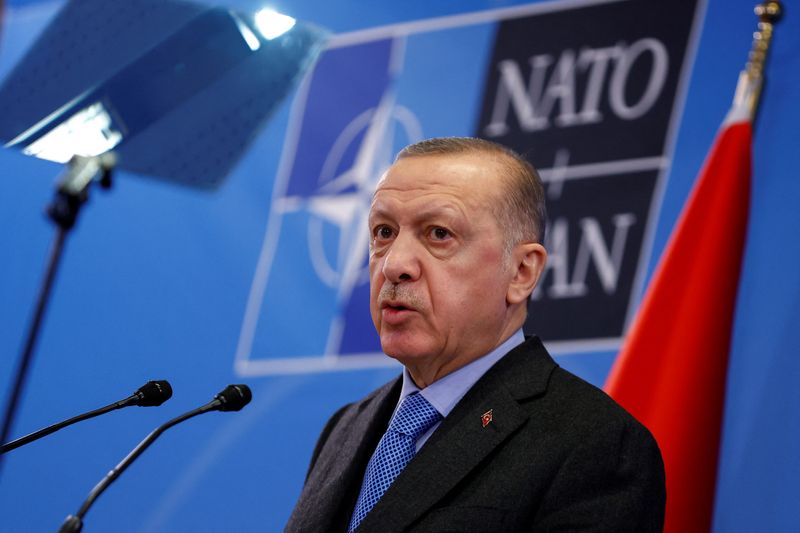