The European Commission’s monthly survey showed economic sentiment in the 19 countries sharing the euro slipped to 104.0 in June from 105.0 in May. Economists polled by Reuters had on average expected a reading of 103.0 in June.

Sentiment in industry improved to 7.4 points from 6.5 in May and for services, the economy’s biggest sector, to 14.8 from 14.1 in May. Economists had expected both to decline.

Manufacturers were more bullish about future production and order books, but less so on employment and saw greater overall uncertainty. The service sector was more upbeat about business over the past three months, but less optimistic looking forward.

Consumer confidence slipped to -23.6 from -21.2 and retail trade sentiment to -5.1 from -4.2. Households had a more pessimistic view on the economy over the past and coming year as well as their prospects of making major purchases and savings.

Sentiment slipped in the euro zone’s five largest economies, most markedly in the Netherlands.

Consumer inflation expectations, which reached an all-time high in March, continued to decline, slipping to 42.6 in June from 45.5 in May. Selling price expectations were also lower among manufacturers at 50.4, down from a record high of 59.5 in April. 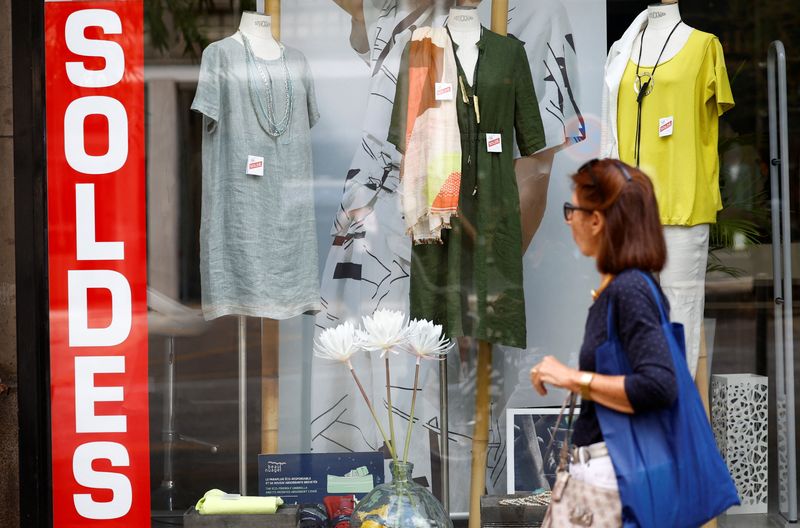