The S&P Global Canada Manufacturing Purchasing Managers’ Index (PMI) fell to a seasonally adjusted 54.6 in June, its lowest level since January 2021, from 56.8 in May. A reading above 50 shows growth in the sector.

“There were signs of difficulty in Canada’s manufacturing sector in June,” Shreeya Patel, an economist at S&P Global, said in a statement. “Global supply issues and steep price pressures were at the heart of the issue, and are expected to continue to disrupt the manufacturing economy this year.”

The output index fell to its lowest since June 2020 at 50.9, down from 55.6 in May, weighed by a reduced flow of new work, material delays and higher costs.

Price hikes deterred some clients from placing orders, said manufacturers, adding that a decline in international demand was due to the war in Ukraine and weak demand from Europe and Asia.

Economists have slashed their forecasts for the global economy in recent weeks as the war and lockdowns in China to curb COVID-19 exacerbate supply shortfalls, making it more likely that central banks, including the Bank of Canada, will hike interest rates aggressively to tackle soaring inflation.

“A dip in confidence indicates firms are aware of the real difficulties that could hit the global economy in the next 12 months. Firms have recovered well from the pandemic and will now have to gear up for further hardship,” Patel said.

The measure of future output fell to a 17-month low. 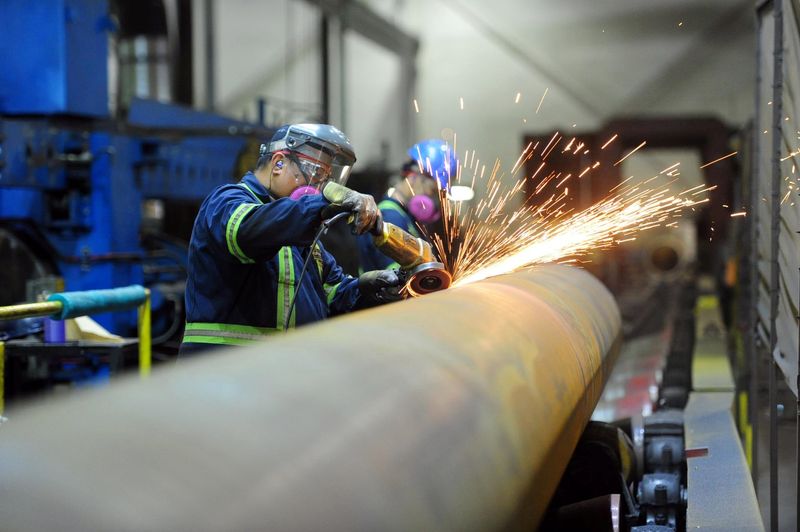