PARIS – The French government will step up probes in the food supply chain to see if companies are using the inflation crisis to hike prices unjustifiably, Finance Minister Bruno Le Maire said on Monday.

Government consumer protection agents have already carried out 1,200 inspections in the sector since the start of the year and a hotline would be available from Tuesday for companies to flag price irregularities, the Finance Ministry said.

“I want to be sure that at no point in the (supply) chain there are people profiteering and that those who profiteer are sanctioned,” Le Maire told France Inter radio.

His ministry said that it was considering allowing retailers to have promotional sales of up to 50% instead of only 34% currently.

In 2018, France adopted a “field-to-fork” bill regulating minimum prices and limiting bargain sales in supermarkets, as it sought to placate farmers who had long complained of being hit by low margins and retail price wars.

But the situation has changed in recent months as inflation bites.

Although the current inflation crisis was initially driven by high energy prices, food prices have also surged in recent months in the wake of the war in Ukraine, reaching 5.7% over 12 months to hit the highest level since July 2008, according to the INSEE official statistics agency.

Under pressure from the government, French shipping giant CMA CGM said on Thursday it would lower container shipping rates by about 10% for large retailers in France to help curb inflation. 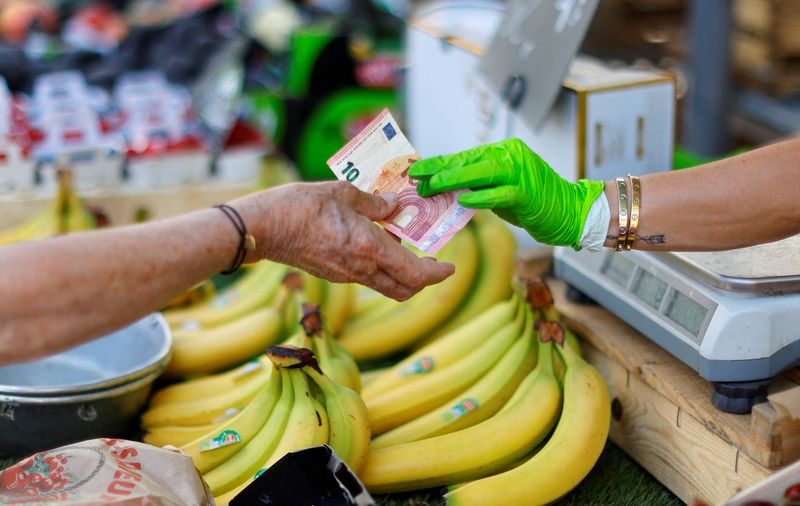