LONDON – Recession worries and consumer belt tightening have hit demand for electronic goods, which is feeding through to weaker consumption of soldering metal tin, but output cuts mean the market is likely to be balanced this year.

Expectations of large deficits had pushed tin up to a record $51,000 a tonne in March, but since then COVID-19 lockdowns in China, soaring inflation and higher interest rates have seen prices roughly halve to 15-month lows.

Part of the problem was funds cutting their bets on higher prices into an illiquid LME market, exaggerating losses, as seen in open interest on the London Metal Exchange (LME) at 61,205 tonnes down from 75,885 tonnes on March 3.

Slowing consumer demand can be seen at South Korea’s Samsung Electronics, which according to reports has temporarily https://asia.nikkei.com/Spotlight/Supply-Chain/Samsung-temporarily-reduces-procurement-amid-inventory-pressure halted new orders and asked suppliers to delay or reduce shipments of parts for several weeks due to high stocks.

Falling exports of semiconductors from South Korea later this year is also expected to weigh on tin demand and prices.

“Tin has been a poster child for the boom we’ve had in consumer electronics over the last two and a half years…For tin to fall further, people will need to short (sell) tin,” said Macquarie analyst Marcus Garvey.

“We are seeing an unwind of the global inventory cycle and this is hurting metals generally, tin is an extreme case of that,” Garvey said.

On the supply side, tin smelters in China are cutting output or bringing forward care and maintenance.

A survey of 17 Chinese smelters showed production in China will fall significantly from mid- to late-June, according to the International Tin association (ITA).

“Some producers are standing down because they bought concentrate at higher prices, they would lose money selling tin at current prices, said ITA analyst James Willoughby, adding the tin market likely saw a surplus in the second quarter.

Surpluses can be seen in stocks in LME warehouses at 3,560 tonnes, up 85% since early April.

Weaker demand is seen in the lower premiums consumers pay over the benchmark LME price to buy tin on the spot market, which in the United State have fallen to $2,000 a tonne from near $4,000 in August last year. 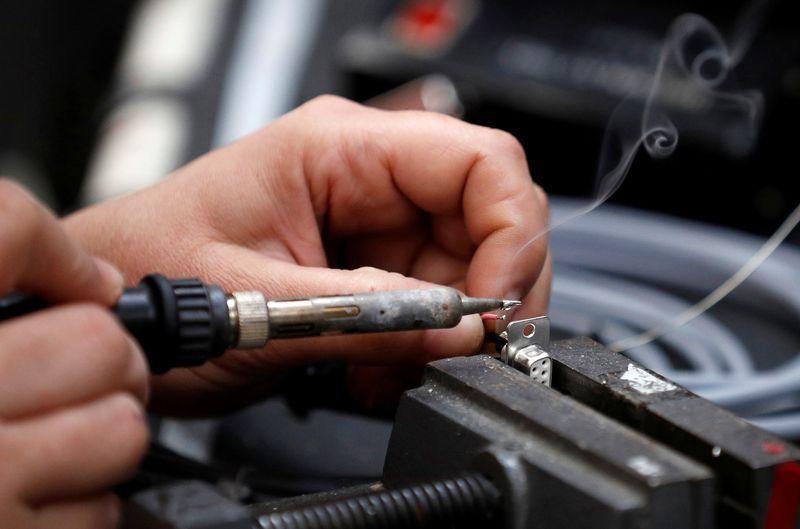