VATICAN CITY (Reuters) – Pope Francis said that while the Vatican’s secret and contested agreement with China on the appointment of Roman Catholic bishops is not ideal, he hopes it can be renewed in October because the Church takes the long view.

Relations with China was one of the many Church and international topics the 85-year-old pontiff discussed in an exclusive interview with Reuters in his Vatican residence on July 2.

The deal, which was first struck in 2018 and comes up for renewal every two years, was a bid to ease a longstanding divide across mainland China between an underground flock loyal to the pope and a state-backed official church.

Both sides now recognise the pope as supreme leader of the Catholic Church.

The accord, which is still provisional, centres on cooperation over the appointment of bishops, giving the pope the final say. Its details have not been made public.

“The agreement is moving well and I hope that in October it can be renewed,” Francis said.

Francis defended the deal as being the statecraft of working with the little available and trying to improve it.

He compared its opponents to those who criticised Popes John XXII and Paul VI in the 1960s and 1970s over the so-called small steps policy in which the Vatican struck sometimes uncomfortable deals with Eastern European communist nations to keep the Church alive during the Cold War and limit its persecution there.

“Diplomacy is like that. When you face a blocked situation, you have to find the possible way, not the ideal way, out of it,” Francis said.

The chief architect of the Vatican’s policy towards the communist East Bloc was Agostino Casaroli, a diplomat who served under three popes between 1961-1990 and ended his career as Secretary of State.

“Many people said so many things against John XXIII, against Paul VI, against Casaroli,” Francis said.

Casaroli’s critics accused him of dealing with a Godless enemy, but most historians agree that his work kept the Church alive in Eastern Europe until the fall of the Berlin Wall in 1989.

Comparing the current situation to the pre-1989 era, Francis said his appointment of bishops in China since 2018 “is going slowly, but they are being appointed”.

Only six new bishops have been appointed since the deal, which its opponents say proves it is not producing the desired effects. In addition, the deal regularised the position of seven bishops who had been ordained before 2018 without Vatican approval.

The pope called the slow process “‘the Chinese way,’ because the Chinese have that sense of time that nobody can rush them”.

One of the most vocal opponents of the deal is Cardinal Joseph Zen, 90, the former archbishop of Hong Kong, who was briefly arrested there in a national security case in May.

“The Vatican may have acted out of good faith, but they have

made an unwise decision,” Zen told a gathering of 300 people at

Zen at the time prayed for “brothers and sisters who cannot attend the Mass in any form tonight – for they have no freedom now”.

Zen and others have accused the Vatican of turning a blind eye to human rights violations in China. The Vatican says it needs to have means to enter into dialogue with Beijing.

The Vatican-China deal sparked a diplomatic incident with the United States in 2020 when former U.S. Secretary of State Mike Pompeo, in an article in a conservative Catholic journal and a series of Tweets, accused the Vatican of having put its “moral authority” on the line.

The Vatican scolded Pompeo, saying he was trying to drag the Holy See into the U.S. presidential campaign, in which the Republican Party’s anti-China policy loomed large.

The level of freedom for Catholics in China since the accord varies according to areas.

“They (the Chinese) also have their own problems because it is not the same situation in every region of the country. It (the treatment of Catholics) also depends on local leaders,” Francis said. 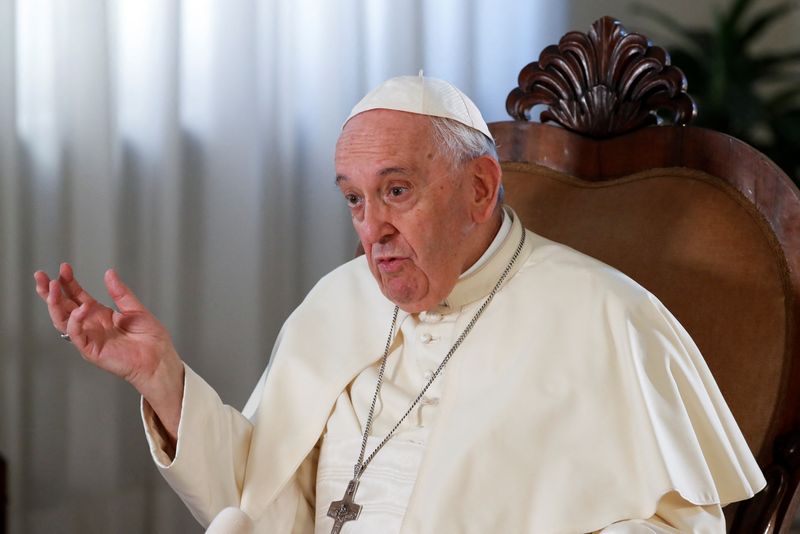 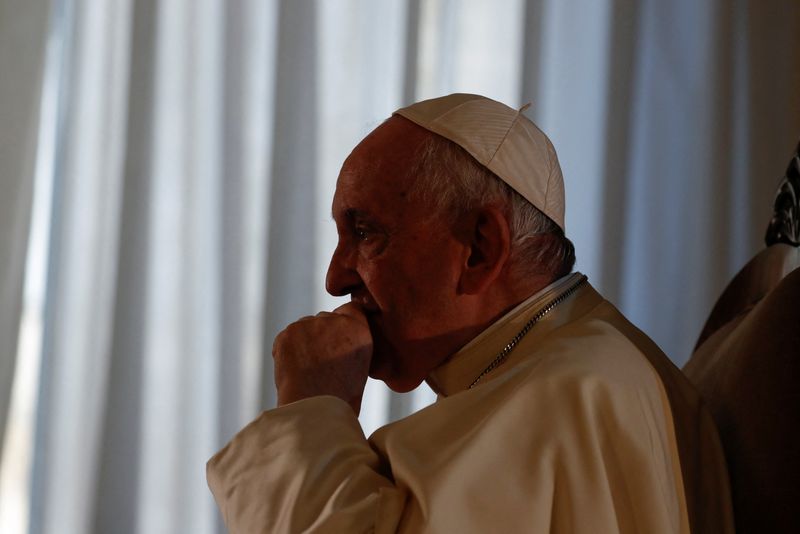 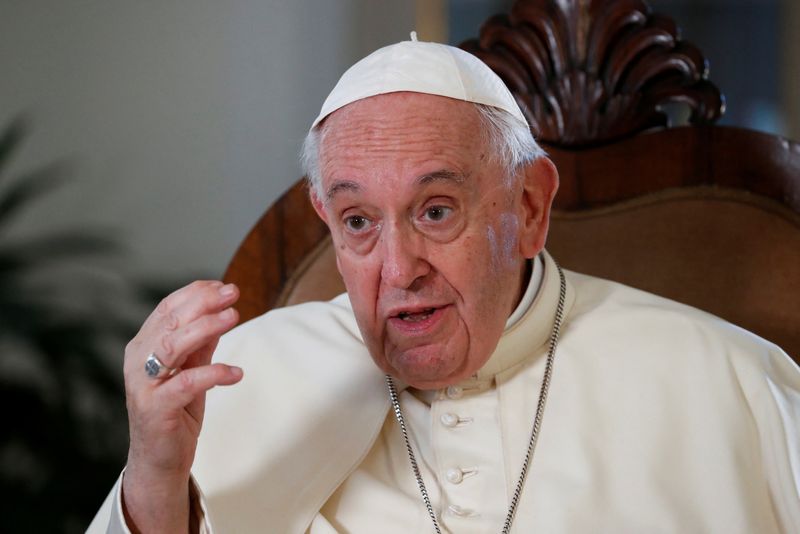