NEW YORK (Reuters) -A U.S. appeals court on Tuesday struck down an order by the Securities and Exchange Commission that would have allowed some financial firms that are not stock exchanges to have a say in how essential stock market data is priced and disseminated.

The ruling was a win for large exchange groups like Intercontinental Exchange’s NYSE, and Nasdaq, which had challenged the SEC’s order.

Real-time consolidated equity market data, such as the best bids and offers available in the market, are a regulatory must-have for brokers, in part so they can show they executed their customers’ orders at the best prices available.

In 2020, after more than a decade of complaints by brokers claiming exchanges were conflicted in providing core market data while also selling similar proprietary market data products, the SEC approved an order governing the collection and dissemination of core market data.

That order directed the exchanges and the Financial Industry Regulatory Authority, which are self-regulatory organizations (SROs), to draft a new plan for the dissemination of public equity market data that, among other things, would give non-SROs one-third of the votes on the plan’s operating committee.

Nasdaq, NYSE and Cboe Global Markets, which together run 12 of the 16 U.S. stock exchanges, challenged the governance order, the new national market system (NMS) plan the SEC approved to implement the order, and a new rule to alter how data gets consolidated and distributed under the plan.

In May, the U.S. Circuit Court of Appeals for the District of Columbia sided with the SEC and upheld the data consolidation rule.

But on Tuesday, that appeals court sided with the exchanges and vacated the NMS plan, saying the SEC overstepped its authority in giving non-SROs voting power on the plan’s operating committee.

The SEC, the NYSE and Nasdaq declined to comment.

(Reporting by John McCrank;Editing by Paul Simao and Jacqueline Wong) 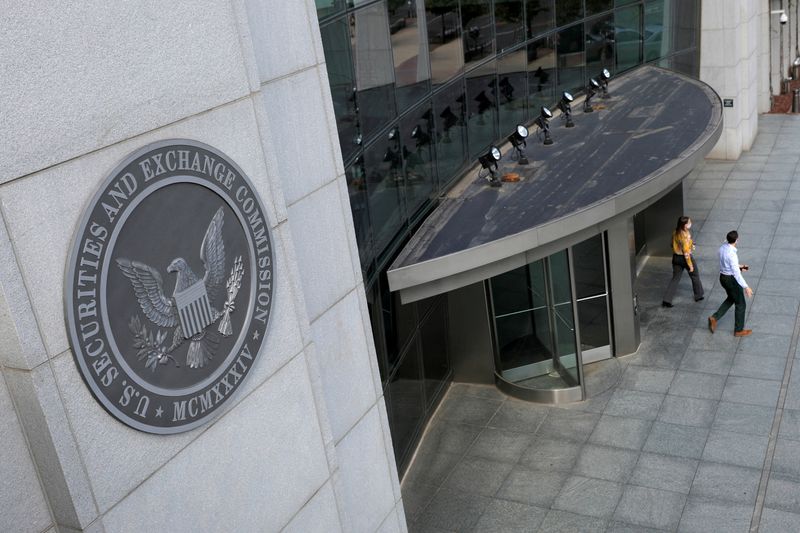