The monthly figure as measured by the benchmark IPCA index was above the 0.47% rise seen a month earlier. Economists polled by Reuters had projected a 0.7% increase.

Brazil has been grappling with double-digit annual inflation since September, paving the way for the central bank to hike rates aggressively. The benchmark rate stands at 13.25%, up from a record low of 2% in March 2021.

All of the nine groups surveyed posted a positive reading last month, with the biggest impact stemming from a 0.8% increase in food and beverage costs, IBGE said in a statement.

Health and personal care prices rose 1.24% after the government allowed health plans to increase their fees by up to 15.5% from May, the agency added, while the rise in transportation costs slowed to a 0.57% rise from a 1.34% increase the previous month.

Fuel prices fell 1.2% as President Jair Bolsonaro pushes for measures to lower gasoline and diesel costs ahead of an election in October, including a bill to cap state taxes on fuel.

Rafaela Vitoria, chief economist at Banco Inter, said she expected Brazil’s inflation reading in negative territory in July on the back of the fuel tax cuts.

Still, she expects the central bank to keep its rate-hiking cycle, forecasting a 25-basis points raise in August.

Andres Abadia, Latin America economist at Pantheon Macroeconomics, said the latest report confirmed that the inflation picture was improving at the margins.

“The lagged effect of tighter monetary policy, falling pressures in the pipeline, favourable base effects, softening domestic demand during the second half, and better supply chain conditions, suggest that disinflation will emerge in the third quarter,” he said in a note to clients. 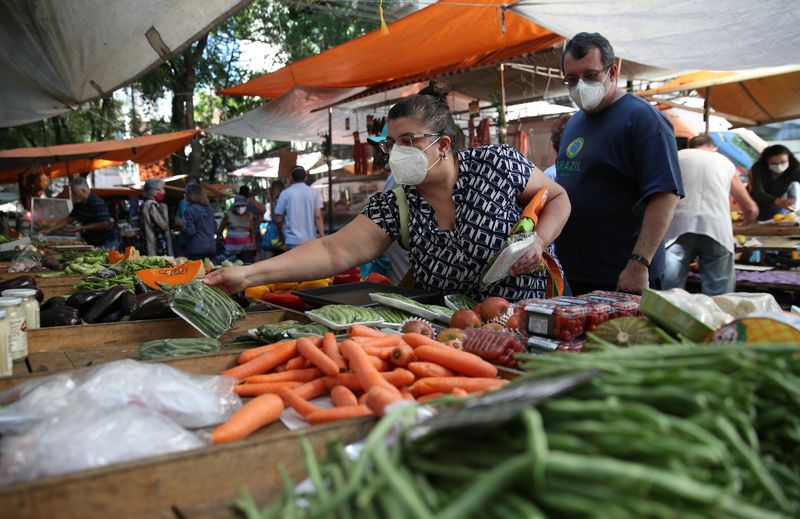