By Yimou Lee and Stephen Nellis

(Reuters) – The global smartphone market may be in the toilet, but the iPhone 13 continues to sell well, and Apple Inc is expecting its upcoming iPhone 14 to do even better at launch.

Apple’s slightly higher expectations for the forthcoming iPhone 14 underscore a growing belief among Wall Street analysts that the Cupertino, California company’s sales are likely to hold up better than the broader smartphone industry if major economies enter a recession.

Apple, which reports its fiscal third quarter earnings on July 28, conveyed its expectations to suppliers in initial forecasts as it carries out trial production of the iPhone 14, sources with direct knowledge of the matter told Reuters.

With Apple sitting at the higher end of the market, analysts believe that inflation in core items like food and fuel have taken a lesser toll on its relatively affluent user base. That comes as industry watchers such as Fubon Securities Investment Services Co chairman Charles Hsiao believe demand for consumer electronics will slow overall this year and next.

An economic slowdown in China has already taken a huge bite out of the smartphone market, pulling global sales down 10% year over year to 96 million units in May, the most recent month for which full figures were available, according to Counterpoint Research. It’s only the second time in nearly a decade that the monthly figure has slipped below 100 million handsets, the firm said.

But two iPhone supply chain sources with direct knowledge of the matter told Reuters that iPhone sales have continued to do well in July despite signs of cooling market demand for other smartphone makers.

“Others are starting to take a hit,” one of the sources said.

The second source said July shipments for the iPhone 13 from one factory were a third higher than July last year. That pattern was especially unusual because sales of current iPhone models tend to slow down in July and August as consumers await new models that Apple traditionally releases in September.

“Judging by shipment, sales of iPhone 13 are fairly good,” the second source said.

The iPhone has continued to sell well late into its cycle in part because “China demand rebounded sharply after lockdowns ended and the iPhone was a beneficiary” of a June shopping holiday in China, Cowen analyst Krish Sankar wrote in a note to clients.

In keeping with its annual schedule, Apple has started trial production of the iPhone 13’s successor with the goal of ramping up mass production in August so the devices can start shipping in the fall. The initial shipment forecasts Apple has given suppliers is “slightly higher” than that of iPhone 13 a year ago, the second source said.

The divergence between Apple and the Android market is rippling through Apple’s supply chain.

“For Samsung’s display unit, a better-than-expected performance in Q2 is expected due to shipments for iPhones, which is the only smartphone with strong sales,” said Song Myung-sup, analyst at HI Investment & Securities.

Cowen held steady its “outperform” rating on shares of chipmaker Skyworks Solutions Inc, noting that it gets about 55% of its revenues from Apple for a radio chip in the iPhone. Skyworks rival Qorvo Inc, by contrast, gets 30% of its revenue from Apple and has greater exposure to the Android phone market. Cowen downgraded Qorvo to “market perform.”

“Skyworks’ greater relative exposure to Apple in its mobile business likely insulates the company in the near term from significant impacts associated with … downward demand revisions,” Cowen analyst Matt Ramsay wrote in a note to clients. 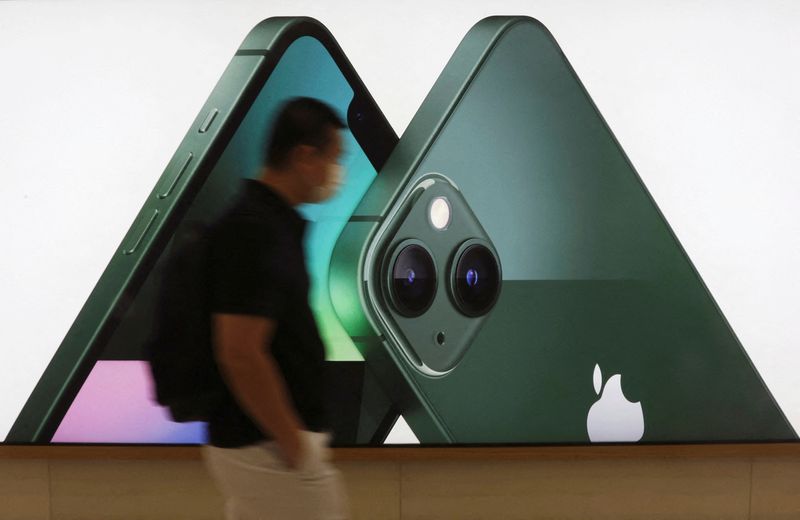 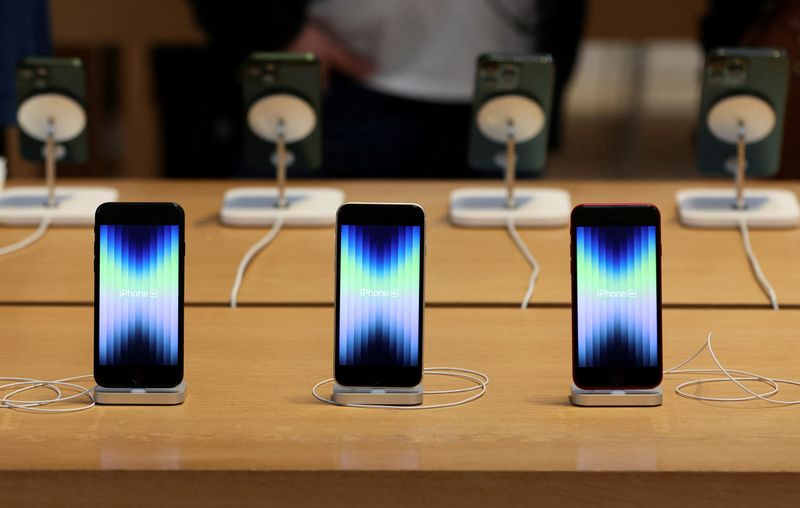 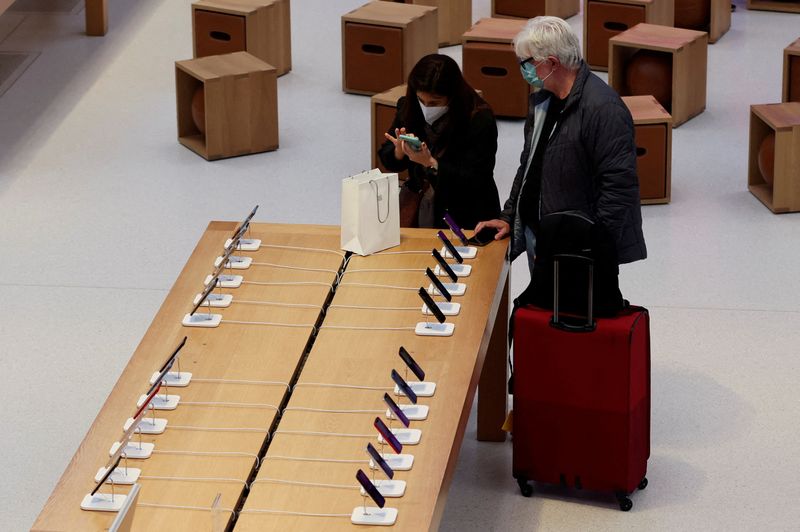