BRASILIA -Retail sales in Brazil grew more slowly than expected in May, with momentum decreasing amid persistent inflation.

The seasonally adjusted monthly increase of 0.1% in May from April was much less than the median forecast of 1.0% growth in a Reuters poll of economists.

Government statistics agency IBGE said month-on-month sales were up in six of the eight categories surveyed in May, with the biggest impact coming from the 3.5% rise seen in pharmaceutical and medical goods.

Sales fell 0.2% compared with May last year, IBGE said, versus a 2.6% increase forecast by economists.

A broader measure of retail sales, including cars and building materials, showed growth of 0.2% in May versus April and this was down 0.7% compared with May last year, IBGE said.

The performance comes amid tightening financial conditions and persistent inflation, which reached 11.89% in the 12 months through June.

The central bank has already raised interest rates to 13.25% to dampen spiking consumer prices, signaling another hike for August and predicting a slowdown in economic activity from the year’s second half onwards.

Despite this, Pantheon Macroeconomics’ Chief Economist for Latin America, Andres Abadia, said the near-term outlook has turned positive, supported by tax cuts on key goods, such as fuel and energy, and a massive spending package to be approved by the lower house, which will raise income transfers to the poorest.

“Adding to the upbeat picture, the services sector is also firing on all cylinders, the virus restrictions are gone and the labor market recovery continues, despite consumer sentiment remaining below pre-pandemic levels,” he added.

Services activity rose 0.9% in May from the previous month, while economists had expected a 0.2% gain. 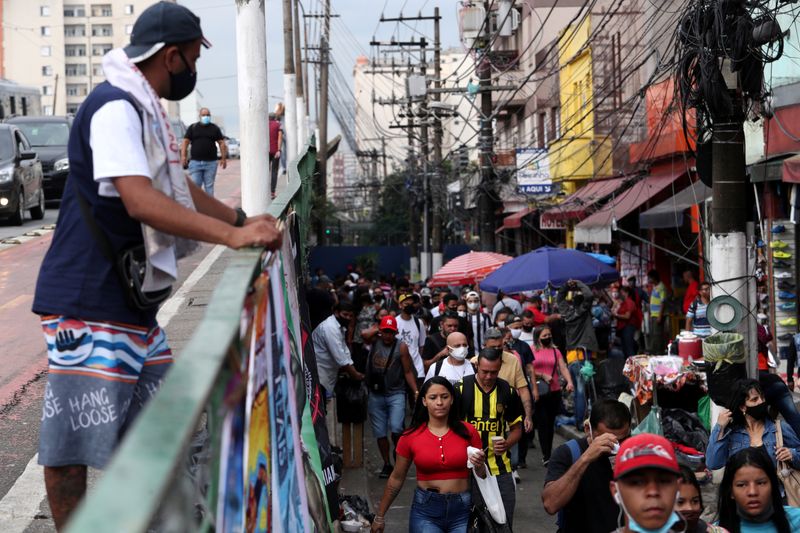