By Dhara Ranasinghe and Sujata Rao

LONDON -The euro’s tumble below $1 for the first time in two decades puts it on course for one of the worst years in its history, especially if the energy price shock triggered by the Ukraine conflict tips the bloc into a prolonged economic crisis.

The single currency has teetered on the brink of parity versus the greenback for days, finally breaching that level on Wednesday. Its 11.8% year-to-date fall is almost on par with losses seen in 2015, the year the European Central Bank unleashed massive stimulus.

Wednesday’s move may open the doors for a move towards $0.96, analysts predict, with some expecting a fall to $0.90 if gas supplies are disrupted much further.

The moves put the ECB in a bind. It is expected to raise interest rates next week for the first time since 2011 to combat inflation running at a record high 8.6%.

“We see room for a move all the way to $0.97 and possibly even $0.95,” Olivier Konzeoue, director in the currency team at asset manager UBP, said, noting the implication of the energy crisis for Europe’s economy.

“Basically, we know it’s all about Russia,” he added.

The euro’s latest leg lower came after gas flows through Russia’s Nordstream 1 pipeline shut for 10 days for maintenance. But if Moscow extends the shutdown, Germany — already in stage two of a three-tier emergency gas plan — may be forced to ration fuel.

“If the gas pipeline that’s closed for 10 days doesn’t reopen and we get more gas rationing, in that situation we may not have seen the weakest levels of the euro,” said Christian Keller, head of economics research at Barclays.

Spiralling energy costs are already exerting a toll. Germany has just reported its first trade deficit since 1991 and investor sentiment has plunged below levels seen when the coronavirus pandemic erupted in 2020.

In the near-term, it may be all about technical factors and options markets, where traders place directional bets or hedge currency exposure. Options to the tune of $1 billion to $1.5 billion expire next week, and traders said a conclusive — and sustained — breach of parity will trigger orders to sell euros, potentially sending it to $0.95.

Even before the latest euro dive, speculators were positioned for weakness, with bearish bets at the highest levels so far this year, according to U.S. CFTC data.

But further out, gas prices are key.

Analysis by BNP Paribas of how currencies have historically performed when energy prices soar, shows the euro suffers more than other developed currencies from gas price shocks, falling an average of 4.5% during such times.

It cut its euro-dollar target to $0.95, “a reflection the market will become increasingly willing to price in greater probability for an escalation”.

The worst case could bring a test of $0.90, JPMorgan said, citing the Bundesbank’s forecast of a 6% hit to German GDP in the first year if supplies stop completely.

Nomura’s Jordan Rochester reckons the euro may fall to $0.95 by end-August but in a scenario where gas storage tanks fail to replenish by winter, it could slip to $0.90.

In theory, the ECB could intervene by selling dollars to prop up the currency as it did back in 2000, when the euro fell to around $0.83.

But the bank has signalled it may not step in this time, possibly because the euro’s “real” exchange rate — against trade partners’ currencies and adjusted for inflation — is well above where it was in 2002, the last time euro-dollar parity was hit. 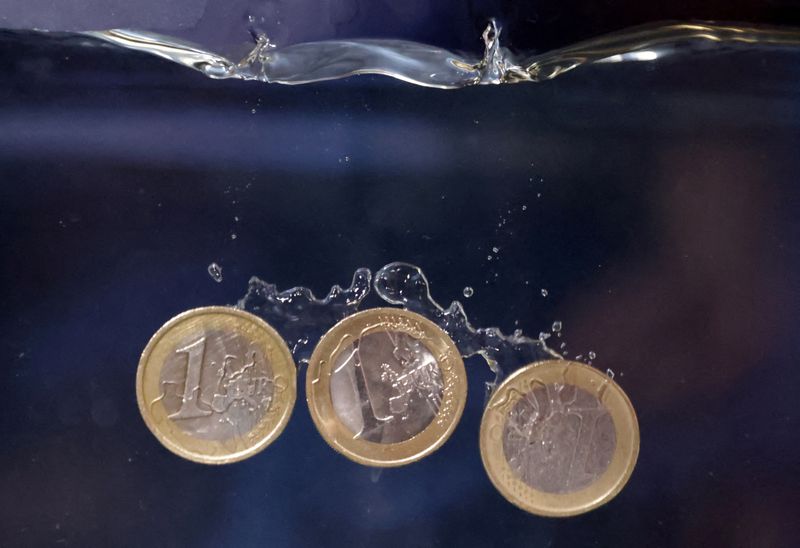