ZURICH -Swatch Group stuck to its forecast for double-digit sales growth this year after pandemic lockdowns in China had less impact than feared on the world’s biggest watchmaker’s first-half results on Thursday.

The maker of Omega watches, which generated more than 40% of its sales in Greater China in 2021, said store and warehouse closures in China in April and May reduced its sales by around 400 million Swiss francs ($407 million).

Double-digit sales growth in major markets in Europe, America and the Middle East more than made up for the fall in China, leading sales at constant currency to rise 7.4% to 3.61 billion francs in the first half of 2022, Swatch Group said.

That was short of the double-digit goal for the period, but the company – which has seen good demand for its new bioceramic MoonSwatch – said it expected to hit that target over the full year amid strong growth in America, Asia and mainland China.

Analysts applauded an improvement in the operating margin thanks to cost discipline, but noted that net profit, up 18.5% to 320 million francs, fell short of expectations.

ZKB analyst Patrik Schwendimann said the upbeat outlook did not factor in a possible recession and pointed to a potential writedown for its Russian activities. Swatch Group only said the Ukraine conflict had less than a 1% impact on sales.

Citi’s Thomas Chauvet and Kepler Cheuvreux’s Jon Cox spoke of strong results given the shortfall in China, but Chauvet also said he failed to see medium-term catalysts for the stock “following years of revenue underperformance and disappointment”.

Swatch Group’s shares, which fell out of the Swiss blue-chip SMI index last year, were 1% higher at 0754 GMT, outperforming the European sector index.

Peer Richemont reports sales for the quarter to June on Friday.

(Reporting by Silke KoltrowitzEditing by Jason Neely and Mark Potter) 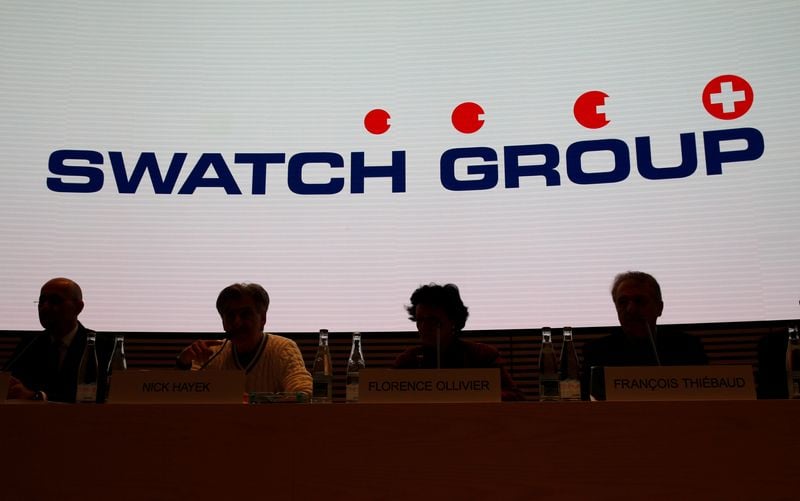