NUSA DUA, Indonesia -U.S. Treasury Secretary Janet Yellen said on Saturday she had productive meetings about a proposed price cap on Russian oil with a host of countries on the sidelines of a meeting of the finance chiefs of the Group of 20 major economies.

Yellen said her bilateral meetings and the overall G20 sessions in Indonesia focused on the human and economic cost of Russia’s invasion of Ukraine, with the United States and other countries “unequivocal in condemning their (Russia’s) shameful actions.”

Russia says it is engaged in a “special military operation” in Ukraine.

“On energy costs, I had productive bilateral meetings with over a half-dozen of my counterparts where we discussed the merits of a price cap and how it can help us achieve our goals of denying (Russian President Vladimir) Putin revenue for his war machine, while dampening energy costs,” Yellen told reporters outside the meeting venue.

She said a price cap was one of “our most powerful tools to address the high prices people are facing in America and around the world.”

Yellen said she also underscored the importance of taking action at the G20 to address the global food security crisis.

Russia’s says its action in Ukraine are intended to root out what it regards as dangerous nationalists and demilitarise its neighbour. Ukraine and its Western allies say that is a baseless pretext for an unprovoked war of aggression. 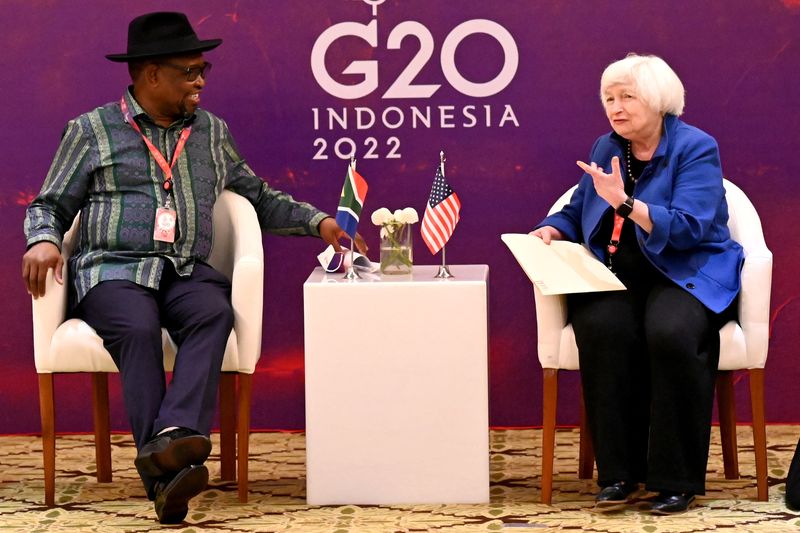