BRASILIA – Brazil’s Economy Minister Paulo Guedes said on Monday that the global economy is entering a stagflation period, which will be “much more serious” than he previously imagined.

Brazil, on the other hand, is heading in the opposite direction, posting economic growth with falling inflation and lower unemployment, he said at the inauguration ceremony of the new head of the country’s market regulator CVM.

“We are going to see the economic universe in contraction, but Brazil is in the other direction,” he said, stressing that the country has its own growth dynamics.

The ministry revised its GDP growth outlook this year to 2%, from 1.5% earlier, on the back of stronger economic indicators since May, an improvement in the job market and an increase in private investments.

According to Guedes, the country should benefit from reconfiguring global production chains after the war in Ukraine, and more investments will come to the country while investors search for a safe haven.

The minister also said the government is working to “soon” approve a tax exemption on fixed income investments.

The minister told Reuters that the measure involves an income tax exemption for foreigners investing in domestic corporate bonds, which was first reported by Reuters in February.

Foreigners currently pay a 15% tax on capital gains from local private-sector bonds, but are exempt from the tax when they invest in Brazil’s stock market and public debt. Brazilians pay a 15% to 22.5% income tax rate on returns from corporate bonds, depending on how long they are held.

The government supported inserting the measure into a bill that modernizes legislation for credit collaterals, which still needs Senate approval. 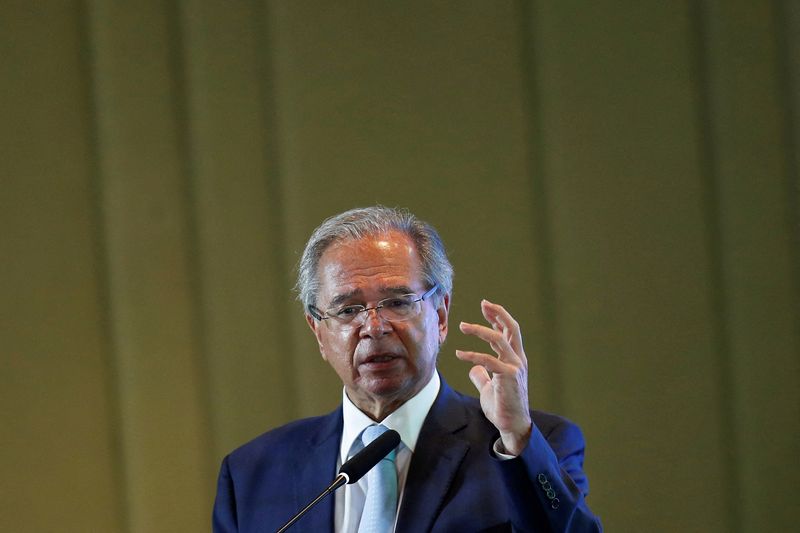