LONDON – Wheat prices rose sharply on Monday as a missile strike on the Ukrainian port of Odesa over the weekend raised doubts about whether it will be possible to implement last week’s agreement to open a corridor for grain exports from the war-torn country.

Russia, Ukraine, the United Nations and Turkey signed the deal on Friday to reopen three Ukrainian Black Sea ports for grain exports. The deal is valid for 120 days and targets monthly exports of 5 million tonnes.

Wheat futures on the Chicago Board of Trade rose nearly 4% to $7.86 a bushel on Monday, regaining much of the ground lost on Friday as prices fell nearly 6% after the pact was announced.

“A restart of Ukrainian exports will not only need a safe shipping channel, but also safe ports. The Russians have created doubt about the safety of ports hardly before the ink was dry on the shipping agreement. Doubt is there again,” one European trader said.

Ukraine’s sea ports have been closed since Russia’s invasion in February and while some crops have left by rail or road via neighbours such as Romania and Poland, millions of tonnes have piled up on farms.

The decline in shipments from one of the world’s biggest grain exporters has helped to fuel food inflation across the globe and U.N. agencies have warned it could lead to starvation and mass migration on an unprecedented scale.

“Along with the uncertainty about how long it will take to clear the mines, ship owners will simply not sail to Ukraine, no matter what the freight rate is, if they think their ship will be hit by missiles,” another European grain trader said.

“Ukraine needs high-volume ocean ship exports to clear its storage for the new crop; the land and river exports to east Europe are not enough.”

Ukraine pressed ahead on Sunday with efforts to restart grain exports from its Black Sea ports under the new deal but warned that deliveries would suffer if a Russian missile strike on Odesa was a sign of more to come.

“Even if they say they are still working on resuming exports, I don’t see who will want to insure ships that would go in that zone,” a third European trader said.

The Kremlin said on Monday that the missile strike would not affect the export of grain. 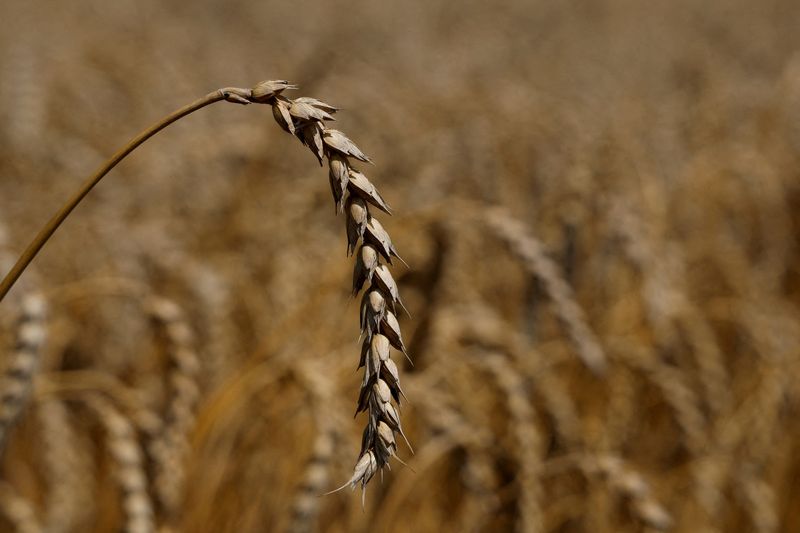