SEOUL – South Korea’s residential property prices are likely to drop by up to 2.8% in two years with a full percentage point hike in policy interest rate, according to a research paper by the central bank on Wednesday.

While other variables including the size of new apartment supplies and mortgage rules could affect property prices, the Bank of Korea research focused on analyzing the impact on prices from changes in policy rate solely.

“With a 100-basis-point hike in policy interest rate, results from our analysis on the impact of residential property prices show prices could decline by 0.4% to 4.7% within a year, and by 0.9% to 2.8% in two years,” the report said.

The report comes as prices of Seoul apartments in the last week of July reported their sharpest decline in almost three years, while nationwide transaction volumes dropped to a record low in the first half, data from the Korea Real Estate Board showed.

The central bank raised its benchmark policy rate on July 13 by an unprecedented half-a-percentage point to 2.25%, as widely expected, following five previous hikes of 25 basis points.

The BOK is widely expected to hike interest rates a few more times this year until the policy rate touches 2.75% or 3%. 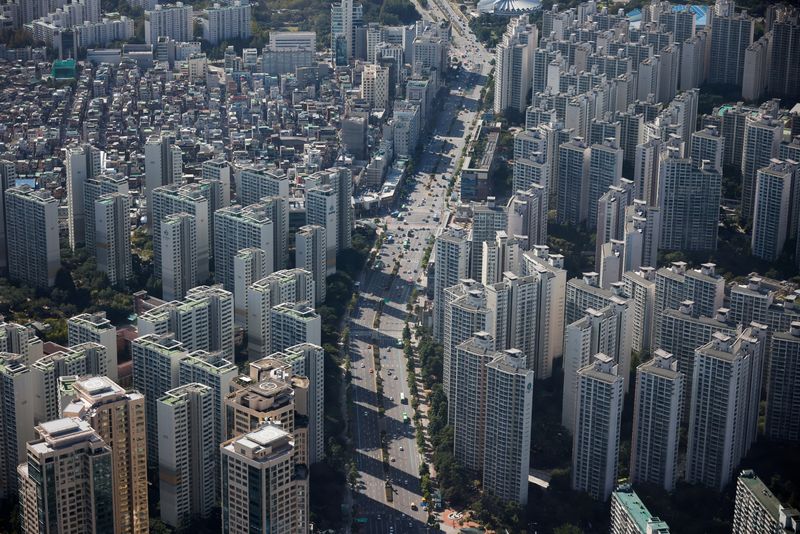