KABUL/WASHINGTON -The United States killed al Qaeda leader Ayman al-Zawahiri with a drone missile while he stood on a balcony at his home in Kabul, U.S. officials said, the biggest blow to the militants since Osama bin Laden was shot dead more than a decade ago.

Afghanistan’s Taliban government has not confirmed the death of Zawahiri, an Egyptian surgeon who had a $25 million bounty on his head and helped to coordinate the Sept. 11, 2001, attacks on the United States that killed nearly 3,000 people.

U.S. officials, speaking on the condition of anonymity, said Zawahiri was killed when he came out on the balcony of his safe house in the Afghan capital at 6:18 a.m. (0148 GMT) on Sunday and was hit by Hellfire missiles from a U.S. drone.

“Now justice has been delivered, and this terrorist leader is no more,” U.S. President Joe Biden said on Monday.

Biden said he authorised the strike after months of planning and that no civilians or family members were killed.

“The world will be a safer place,” said Britain’s foreign minister Liz Truss.

Three spokespeople in the Taliban administration declined comment on Tuesday. The United States accused the Taliban of violating an agreement between them by sheltering Zawahiri.

Taliban spokesperson Zabihullah Mujahid previously confirmed that a strike took place in Kabul on Sunday and called it a violation of “international principles”.

A spokesperson for the interior ministry said a house was hit by a rocket in Sherpoor, a leafy residential neighbourhood in the centre of Kabul. “There were no casualties as the house was empty,” Abdul Nafi Takor said.

Taliban authorities threw a security dragnet around the house and journalists were not allowed nearby.

A woman who lives in the neighbourhood and spoke to Reuters on condition of anonymity said she and her family of nine moved to the safe room of their house when she heard an explosion at the weekend.

When she later went to the rooftop, she saw no commotion or chaos and assumed it was a rocket or bomb attack – which is not uncommon in Kabul.

A senior Taliban official told Reuters that Zawahiri was previously in Helmand province and had moved to Kabul after the Taliban took over the country in August last year.

White House spokesman John Kirby told CNN the United States did not have DNA confirmation of Zawahiri’s death, citing “visual confirmation” along with other sources.

He warned al Qaeda and those harbouring the group.

The State Department warned U.S. citizens overseas that “there is a higher potential for anti-American violence” following the killing and that al Qaeda supporters “may seek to attack U.S. facilities, personnel or citizens.”

After U.S. Navy SEALS shot bin Laden in Pakistan in 2011, Zawahiri succeeded him as leader.

Pakistan’s foreign ministry on Tuesday said it “stands by countering terrorism in accordance with international law and relevant UN resolutions.”

Kirby said no notifications were given in advance of the strike, when asked at a briefing on Tuesday if Pakistan had been told ahead of time.

Zawahiri had spent years as al Qaeda’s main organiser and strategist. But a lack of charisma and competition from rival militants Islamic State hobbled his ability to inspire devastating attacks on the West.

Related News:   In Beijing's backyard, U.S. demonstrates its military might

There were rumours of Zawahiri’s death several times in recent years, and he was long reported to have been in poor health.

The drone attack is the first known U.S. strike inside Afghanistan since the chaotic withdrawal of U.S. and allied troops and diplomats in 2021.

The killing may bolster the credibility of Washington’s assurances that it can still address threats from Afghanistan without a military presence in the country.

“I was critical of President Biden’s decision to leave Afghanistan, but this strike shows we still have the capability and will to act there to protect our country,” said U.S. Representative Tom Malinowski, a Democrat.

Zawahiri’s death also raises questions about whether he received sanctuary from the Taliban.

A senior U.S. administration official said senior Taliban officials were aware of his presence in Kabul and said the United States expected the Taliban to abide by an agreement not to allow al Qaeda fighters to re-establish themselves there.

Secretary of State Antony Blinken said the Taliban had “grossly violated” the Doha Agreement between the two sides by hosting and sheltering Zawahiri.

Until the U.S. announcement, Zawahiri had been rumoured to be elsewhere inside Afghanistan or in Pakistan’s tribal area.

A video released in April in which he praised an Indian Muslim woman for defying a ban on wearing an Islamic head scarf dispelled rumours that he had died.

The senior U.S. official said the United States found out this year that Zawahiri’s wife, daughter and her children had relocated to a safe house in Kabul, then identified that Zawahiri was there as well.

He was identified multiple times on the balcony, where he was ultimately struck. He continued to produce videos from the house and some may be released after his death, the official said.

In the last few weeks, Biden convened officials to scrutinise the intelligence. He was updated throughout May and June and was briefed on July 1 on a proposed operation by intelligence leaders.

On July 25, Biden received an updated report and authorised the strike once an opportunity was available, the official said.

With other senior al Qaeda members, Zawahiri is believed to have plotted the Oct. 12, 2000, attack on the USS Cole naval vessel in Yemen which killed 17 U.S. sailors and injured more than 30 others, the Rewards for Justice website said.

He was indicted in the United States for his role in the Aug. 7, 1998, bombings of the U.S. embassies in Kenya and Tanzania that killed 224 people and wounded more than 5,000 others. 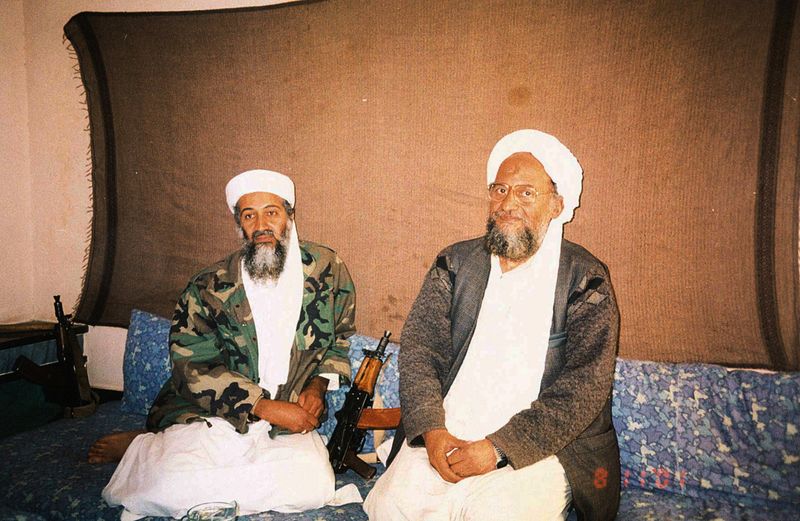 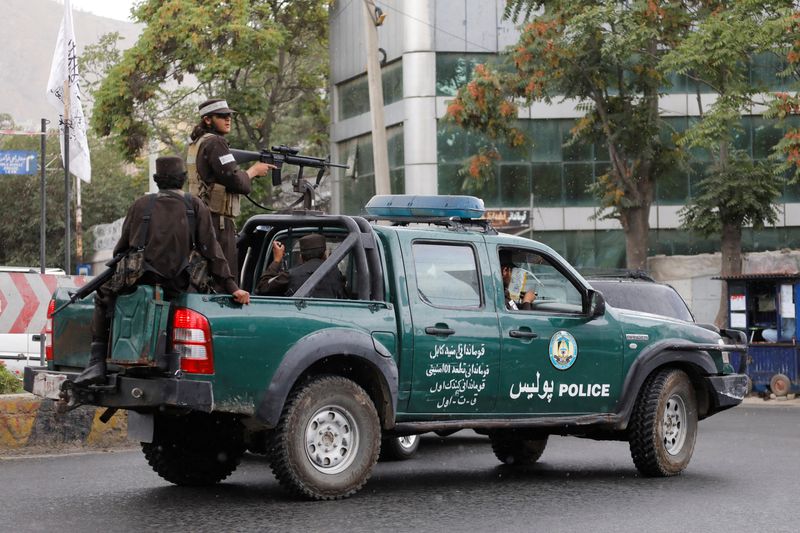 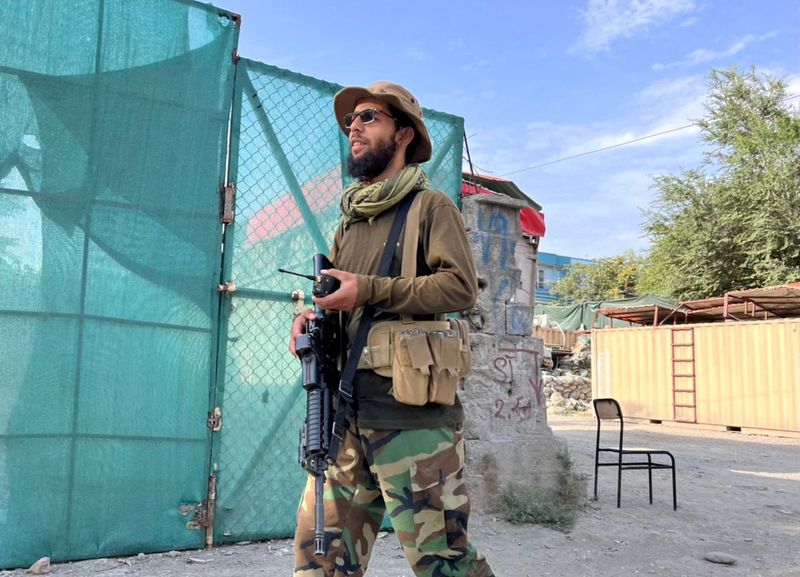 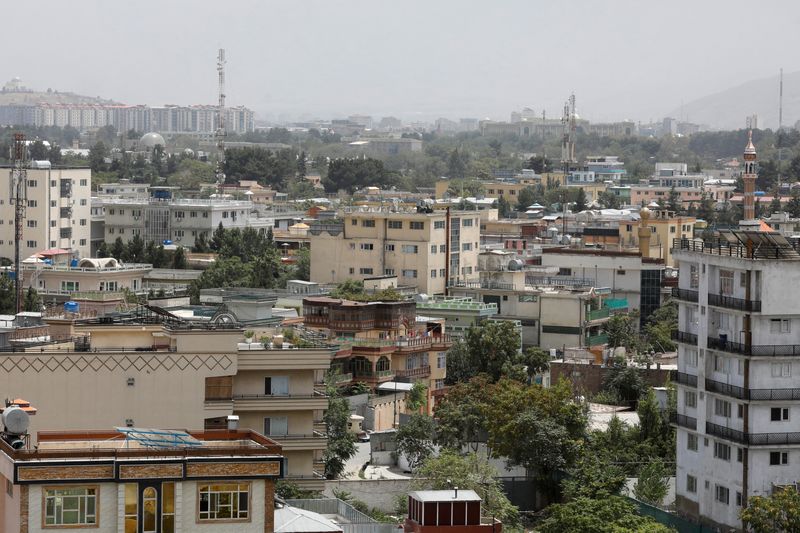