By Richard Cowan and Makini Brice

WASHINGTON -The U.S. Senate on Saturday began debating a Democratic bill to address key elements of President Joe Biden’s agenda – tackling climate change, lowering the costs of medication for the elderly and energy, while forcing corporations and the wealthy to pay more taxes.

The debate began after the Senate voted 51-50 to move ahead with the legislation. Vice President Kamala Harris broke a tie vote, with all 50 Republicans in opposition.

The Senate was set to debate the bill for up to 20 hours before diving into an arduous, time-consuming amendment process called a “vote-a-rama.”

Democrats and Republicans were poised to reject each other’s amendments, as Senate Majority Leader Chuck Schumer maneuvered to keep a his 50-member caucus united behind a bill that was negotiated over several months. If even one Democrat were to peel off, the entire effort would be doomed in the evenly split 50-50 Senate.

Earlier in the day, the Senate parliamentarian determined that the lion’s share of the healthcare provisions in the $430 billion bill could be passed with only a simple majority, bypassing a filibuster rule requiring 60 votes in the 100-seat chamber to advance most legislation and enabling Democrats to pass it over Republican objections.

Democrats hope that the legislation will give a boost to their candidates in the Nov. 8 midterm elections in which Biden’s party is in an uphill battle to retain its narrow control of the Senate and House of Representatives. The Democrats cast the legislation as a vehicle to combat inflation, a prime concern of U.S. voters this year.

“The bill, when passed, will meet all of our goals: fighting climate change, lowering healthcare costs, closing tax loopholes abused by the wealthy and reducing the deficit,” Schumer said in a Senate speech.

There are three main parts to the bill’s tax provisions: a 15% minimum tax on corporations and the closing of loopholes that the wealthy can use to avoid paying taxes; tougher IRS enforcement; and a new excise tax on stock buybacks.

Democrats have said the legislation by 2030 would result in a 40% reduction in U.S. carbon emissions, blamed for climate change.

The measure also would allow the Medicare government health insurance program for the elderly to begin negotiating in 2026 with the pharmaceutical industry over prices on a limited number of prescription drug prices as a way of reducing costs. It also would place a $2,000-per-year cap on out-of-pocket medication costs under a Medicare drug program.

Senate Republican Leader Mitch McConnell attacked the provision involving negotiating drug prices, comparing it to past “price-fixing” attempts by countries such as Cuba, Venezuela and the former Soviet Union.

“Their policy would bring about a world where many fewer new drugs and treatments get invented in the first place as companies cut back on R&D,” McConnell said in a floor speech, referring to research and development.

While senators debated the policies embedded in the bill, its political ramifications also were on display.

In a speech at the Conservative Political Action Conference (CPAC) on Saturday, former President Donald Trump predicted fallout for Kyrsten Sinema and Joe Manchin, two key Democratic senators: “If this deal passes, they are both going to lose their next elections.”

But Manchin and Sinema are not up for re-election until 2024 and many of the provisions of the bill are popular with voters.

The legislation is a scaled-down version of a far broader, more expensive measure that many Democrats on the party’s left had hoped to approve last year. That measure stalled when Manchin, a centrist, balked, complaining that it would exacerbate inflationary pressures.

The bill calls for billions of dollars to encourage the production of more electric vehicles and foster clean energy, though automakers say sourcing rules will sharply limit how many electric vehicles qualify for tax credits.

It also would set $4 billion in new federal drought relief funds, a provision that could help the re-election campaigns of Democratic Senators Catherine Cortez Masto in Nevada and Mark Kelly in Arizona.

One provision cut from the bill would have forced drug companies to refund money to both government and private health plans if drug prices rise more quickly than inflation.

Independent Senator Bernie Sanders, a leading progressive, has criticized the bill for failing to go far enough and said he planned to offer amendments that would revive a series of social programs he pushed last year, including broadening the number of prescription drugs Medicare could negotiate prices on and providing government-subsidized dental, vision and hearing aid.

His amendments were expected to fail.

Republicans have signaled that they will offer amendments touching on other issues, including controlling immigrants coming across the U.S. border with Mexico and enhancing policing to curtail rising crime rates in American cities since the onset of the COVID-19 pandemic. 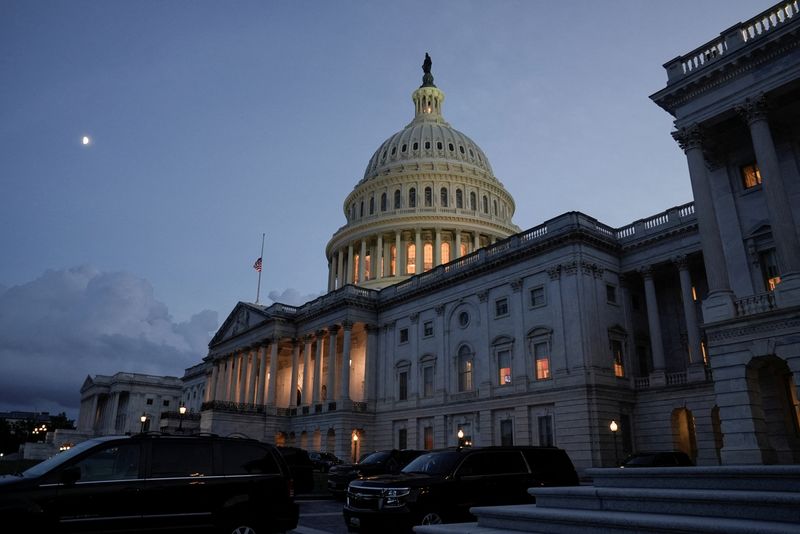 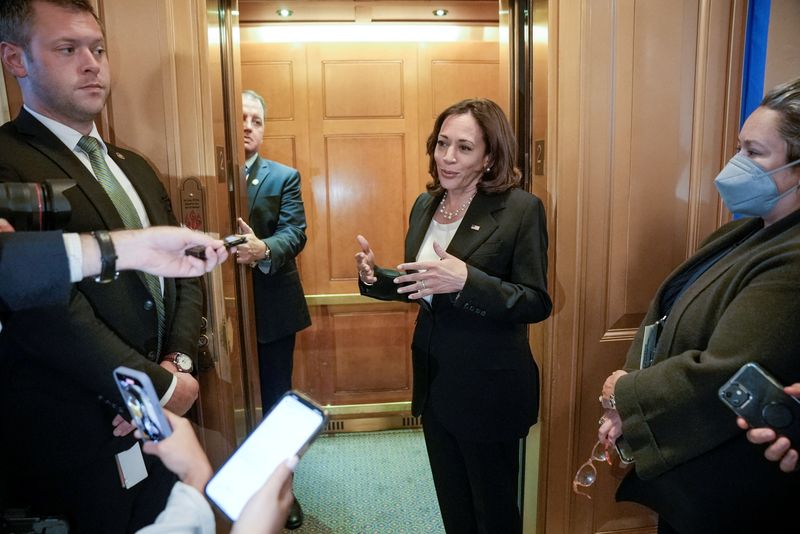 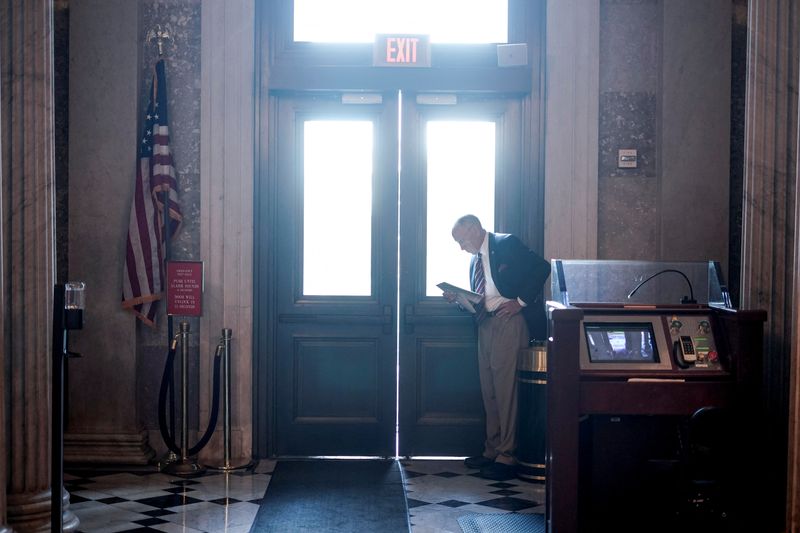