(Reuters) -U.S. conspiracy theorist Alex Jones could end up owing as little as 10% of the $45.2 million in punitive damages that a Texas jury awarded to the parents of a Sandy Hook victim last week, legal experts told Reuters on Monday.

A jury handed down the punitive damages’ verdict on Friday and awarded the parents $4.1 million in compensatory damages on Thursday after a two-week trial in Austin, Texas, where Jones’ Infowars radio show and webcast is based.

Jones was found last year to have defamed parents Neil Heslin and Scarlett Lewis, whose 6-year-old son Jesse Lewis died in the Sandy Hook Elementary School shooting in 2012, by spreading lies that they were part of a government plot to stage the massacre.

While juries have broad discretion on awards, Texas law caps punitive damages at $750,000 when economic losses are not involved, as in this case.

Mark Bankston, an attorney for the parents, told Reuters by email that because Jones and his company face three claims each, he estimates the cap would be $4.5 million. Bankston said he will argue the damages cap does not apply but declined to elaborate.

Judge Maya Guerra Gamble must approve the final amount, a decision that is expected soon.

Jones’ lawyer, Federico Andino Reynal, said in court Friday that he will seek to reduce the $45.2 million punitive damages award because it does not comply with Texas law. He confirmed to Reuters on Monday that he plans to invoke the cap.

According to the New York Times, Reynal has said he expects the punitive award to be reduced to $1.5 million.

Several defamation lawyers said they were skeptical that the parents will be able to get around the cap.

“They’re not going to collect it all — no way,” Texas defamation lawyer Chuck Sanders said.

The initial number will still be a lasting deterrent to spreading misinformation if the verdict is cut significantly, Sanders said.

Even if the parents can convince Judge Gamble that the cap should not apply, Texas Supreme Court precedent holds that the ratio of punitive to compensatory damages should rarely exceed four-to-one. The jury’s verdict in this case represents an 11-to-1 ratio.

In reaching their decision, the Texas justices cited a 2003 decision by the U.S. Supreme Court, which said that the ratio of punitive to compensatory damages should only exceed single digits in rare cases. 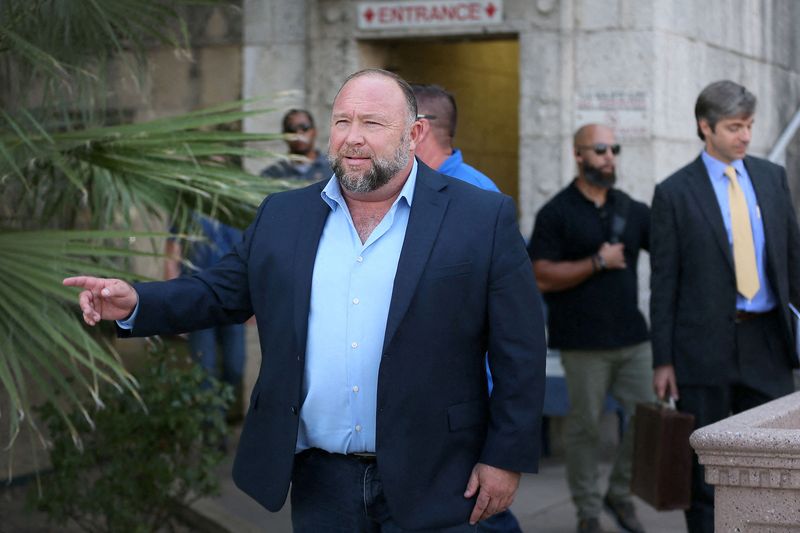