SEOUL -The foreign ministers of South Korea and China held talks on Tuesday as Seoul explores ways to reopen denuclearisation negotiations with North Korea and resume cultural exports, such as K-pop music and movies, to China.

South Korea’s top diplomat, Park Jin, arrived in the eastern port city of Qingdao on Monday for meetings with Chinese Foreign Minister Wang Yi, in the first high-level visit to China by a member of President Yoon Suk-yeol’s administration.

The talks come amid intensifying Sino-U.S. rivalry, and Park was also expected to reassure Beijing about bilateral ties despite stronger ties with Washington and tensions over Taiwan.

Wang said both sides should remain “independent, free from external obstacles and influences”, and respect each other’s issues of important concerns.

“We must uphold a ‘win-win’ position to protect stable and smooth supply chains and industrial networks, and should not interfere in each other’s internal affairs based on equality and respect,” he said, according to the Yonhap news agency.

Park said the two countries should foster common interests based on mutual respect and universal values and norms as the relationship marks its 30th anniversary this year.

He said before leaving for China on Monday that South Korea’s position of respecting one China remains unchanged, but maintaining peace and stability in the Taiwan Strait is essential to regional security and prosperity.

Park also asked for China’s constructive role in persuading North Korea to choose dialogue, not provocations, as the Yoon administration seeks to curb the reclusive country’s weapons tests and restart denuclearisation talks, which have stalled since 2019.

“The peace and stability on the Korean peninsula are under unprecedented threats,” he told Wang at the outset of the talks.

“Based on the consistent principle of North Korea’s complete denuclearisation, we will respond sternly to provocations and always keep the door for dialogue open.”

Park also said on Twitter before the talks that he would propose joint action plans to strengthen relations and discuss the issue of stabilising global supply chains.

Also high on the agenda was boosting cultural and people-to-people exchanges as well as restarting exports of K-pop and Korean movies, dramas and games, which have been effectively banned amid tension over the THAAD U.S. missile defence system stationed in South Korea, Park said.

Both sides face a potential flare-up over THAAD and Seoul’s possible participation in a U.S.-led chip alliance involving Taiwan and Japan, which China opposes.

China argues THAAD’s powerful radar could peer into its airspace, and sharply cut trade and cultural imports with South Korea after Seoul announced the system’s deployment in 2016, dealing a major blow to bilateral relations. 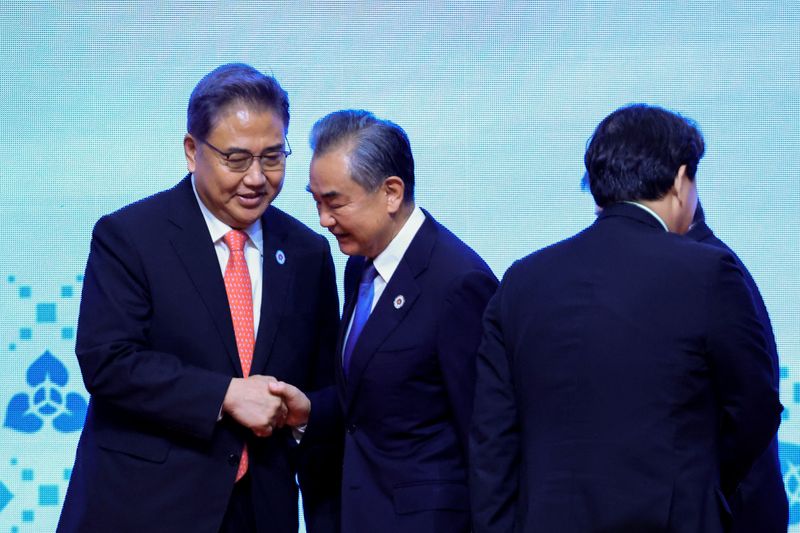