Are markets displaying signs of nervousness?

After last week’s blockbuster payrolls squashed any doubts about the Fed pausing, a strong inflation print will immediately raise bets of a super-sized rate hike in September.

History is not on the side of stock bulls, at least going by the last few CPI releases.

Equities have closed lower on CPI days for six straight releases, Deutsche Bank says, pointing to markets having usually found something not to like from all the CPI data points since since February.

The bank’s macro strategist expects that markets will initially get more excited by a downside core CPI surprise than an upside surprise, especially as it relates to risk appetite.

Overall, economists expect U.S. consumer prices to rise at a much slower pace in July after a sharp drop in gasoline prices.

They expect year-on-year headline inflation to have jumped by 8.7%, retreating from June’s 9.1% figure. Core inflation is expected at 0.5% month-on-month.

Fed funds futures traders are now pricing for a 70% chance of a 75 basis points rate increase in September.

That is keeping the dollar trading firm in Asia, while stocks stumbled to their lowest in a week after tech-induced declines in the U.S.

Meanwhile, Britain’s biggest airport is in the news as Reuters reported that Heathrow owner Ferrovial is studying options for its 25% stake, helping the Spanish firm log its best performance in five months, up 4%.

Inflation set to ease, but by how much?: https://tmsnrt.rs/3bLcJWj 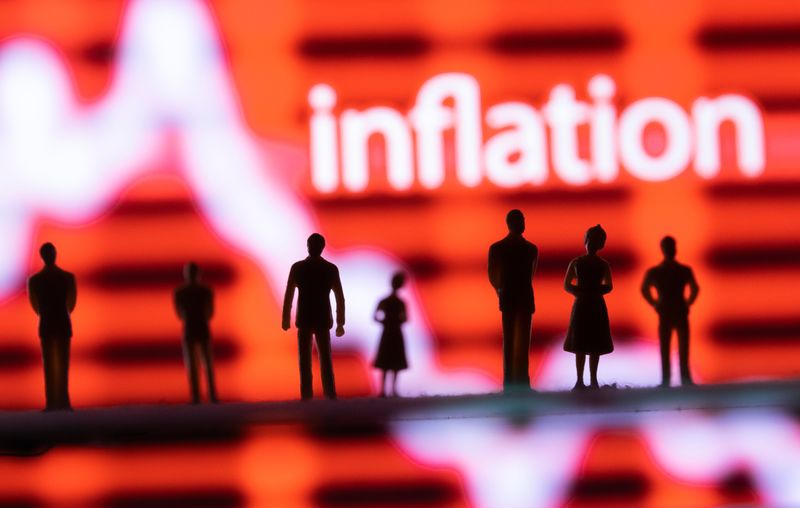