USDOT announced the planned project in March with truckers, shippers, wholesalers, retailers and ports “to develop a digital tool that gives companies information on the condition of a node or region in the supply chain.”

The White House said in March the goal was to create a “proof of-of-concept freight information exchange by the end of the summer.”

The department is holding a meeting on Wednesday to discuss initial secure data sharing with USDOT of the group that has now expanded to 36 participants including logistics giant DHL, part of Deutsche Post DHL Group, long-haul trucker J.B. Hunt, Maersk, Samsung, Procter & Gamble and Prologis to

On Monday, the National Retail Federation (NRF) said imports at major U.S. container ports are expected to slow significantly for the remainder of the year but 2022 should still see a net gain over 2021.

“Lower volumes may help ease congestion at some ports, but others are still seeing backups and global supply chain challenges are far from over,” the NRF said. 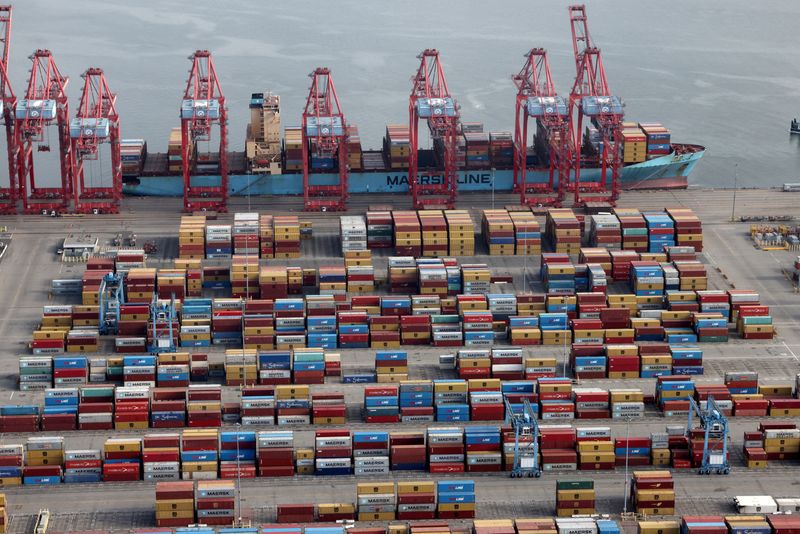