RUBIZHNE, Ukraine – People in the eastern Ukrainian town of Rubizhne have started exhuming bodies that were hastily buried in courtyards at the height of fighting, anxious to be able to lay them to rest with dignity.

Rubizhne is part of the Luhansk region of Ukraine where Russian forces established full control in early July, more than four months after President Vladimir Putin launched what he called his “special military operation” in Ukraine.

Men with spades removed sandy soil on Friday outside a damaged apartment block in the town of 50,000 people.

Lilia Ai-Talatini, 48, watched as the workers pulled out a blanket covering her mother, who had been quickly interred after attacks that started in March and divided the town in two.

Ai-Talatini said the fighting at that time had prevented her for 10 days from reaching her parents’ apartment.

“Mother was already dying … her hands were blue, her complexion was sallow, there were circles under her eyes,” she said. “The next day mother passed away.”

She and her husband had no spades and therefore, as shells flew, had to drag the corpse to an open trench in the ground.

“It’s easier for me because she’s not outside … buried in inhuman conditions. Now she is going to the cemetery, we have a plot there,” she said.

The breakaway Russian-backed Luhansk People’s Republic (LPR), one of Moscow’s proxies in eastern Ukraine, is cooordinating the search for bodies. Anna Sorokina, an LPR official, said a team had been working in Rubizhne for 10 days and exhumed 104 sets of remains.

“It’s clear that shrapnel wounds predominate but there are also bullet wounds,” she said, estimating there were a total of 500 unofficial graves in the city.

A total of six bodies were dug up close to the badly damaged apartment building and placed into a van before being examined by specialists elsewhere in town.

Boris Kovalyov, 44, a forensic expert from the southern Russian region of Rostov, said examples of genetic material would be stored to help identify unknown corpses.

(This content was produced in a region of Ukraine occupied by Russia, whose law restricts coverage of Russian military operations in Ukraine) 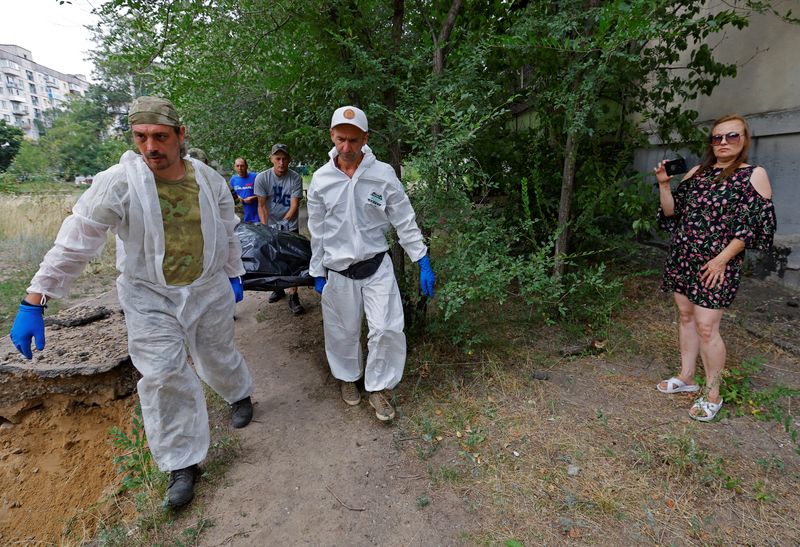 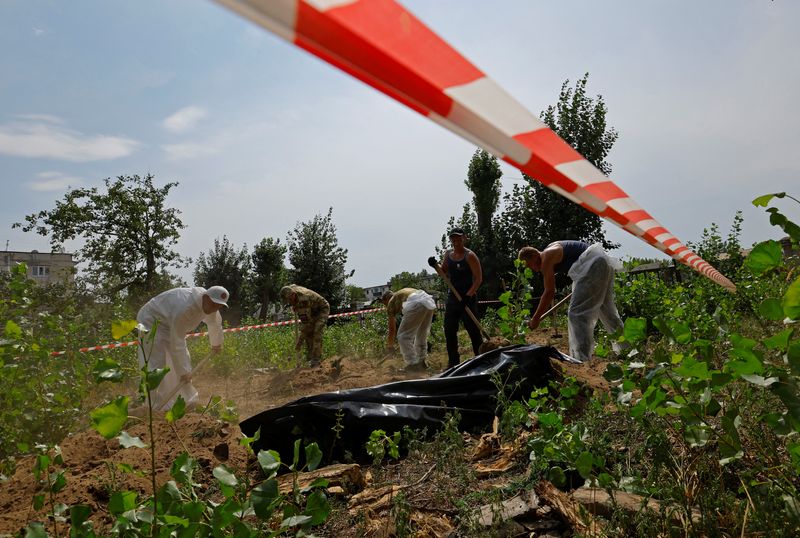 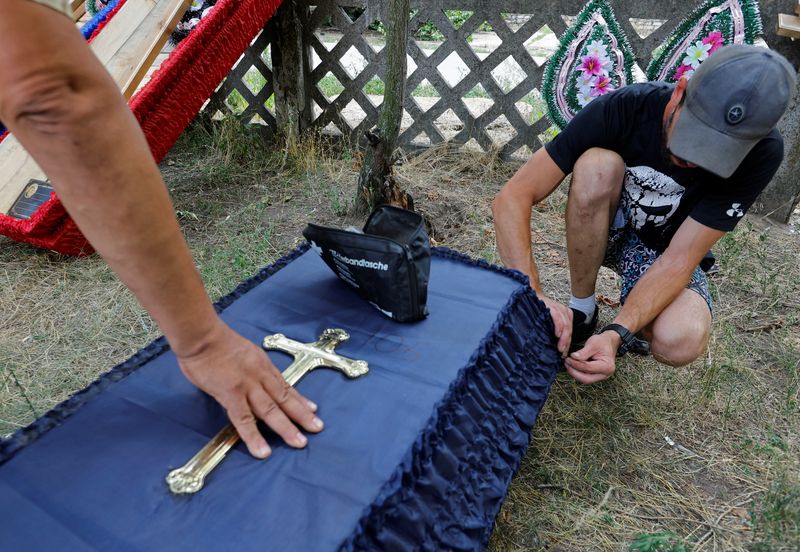 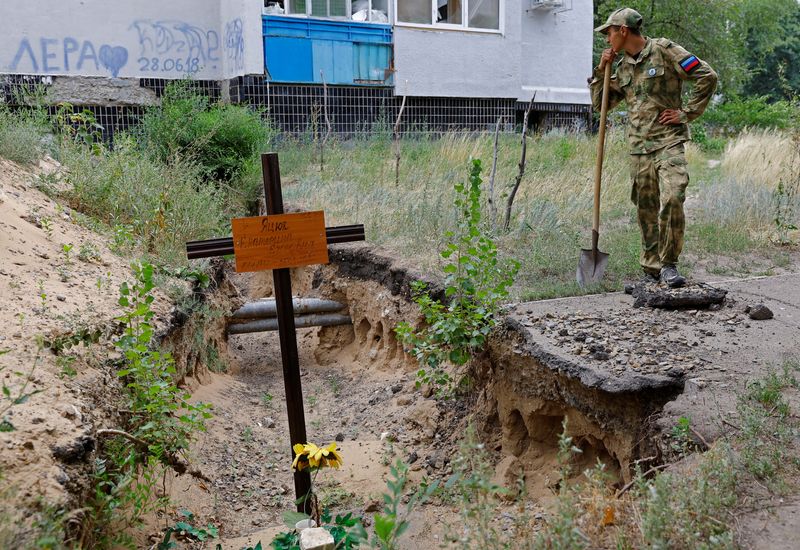 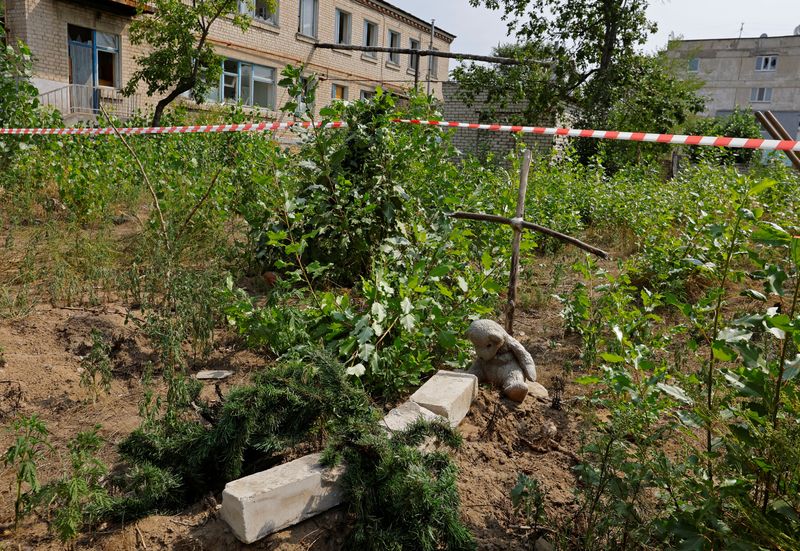