NEW DELHI -India’s wholesale inflation rose 13.93% in July from a year earlier, helped by a lower increase in food prices, but it stayed in double digits for a 16th month, amid expectations that the central bank will again raise policy rates next month.

In July, wholesale prices index-based inflation, which is akin to producer prices, rose lower than a forecast of 14.20% in a Reuters poll of analysts, and compared with 15.18% the previous month.

Surprisingly, the May WPI inflation rate was revised to a record high of 16.63% year-on-year, from 15.88% estimated earlier.

Economists said they expected the Reserve Bank of India (RBI) to raise its policy rate by at least 25 basis points next month as retail inflation was likely to remain above its tolerance band through this calendar year.

The RBI’s Monetary Policy Committee has lifted the repo rate by 140 basis points since May, including by 50 bps this month, while the government imposed restricted exports of crops, including wheat and sugar, while cutting fuel taxes.

Wholesale food prices, contributing about a quarter of the WPI index, climbed 9.41% in July from 12.41% in June, although fruit prices rose 29.44% and vegetable prices rose 18.25% on the year, data showed. 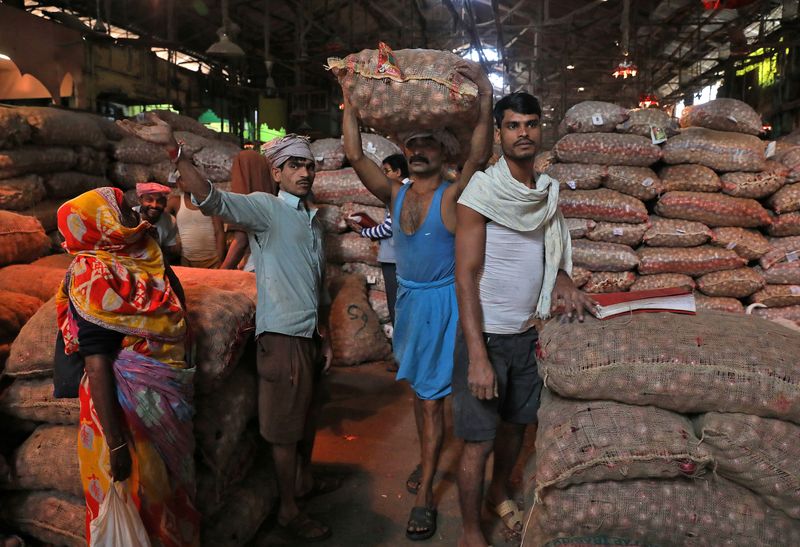