By Engen Tham and Ziyi Tang

SHANGHAI/BEIJING (Reuters) -China’s banking regulator is scrutinising property loan portfolios of some local and foreign lenders to assess systemic risks, sources with knowledge of the matter said, as a crisis in the real estate sector worsens and weighs heavily on the economy.

As part of their assessment, the China Banking and Insurance Regulatory Commission (CBIRC) is looking at banks’ loan book exposure to developers to find out if those credit decisions were made according to the rules, one of the sources said.

The aim is to measure risks to the financial system from the ongoing property sector turmoil in the world’s second-largest economy, two of the sources said. It was not immediately clear what action the regulator might take after the investigation.

The probe is different to the routine self-reporting the regulator requires from banks, the sources said.

China’s economy narrowly avoided contracting in the second quarter as widespread COVID-19 lockdowns and the slumping property sector badly damaged consumer and business confidence. July data was much weaker than expected, with further signs of deterioration in the housing and construction markets.

The CBIRC did not respond to Reuters requests for comment.

All the sources declined to be identified due to the sensitivity of the matter.

The latest probe comes as policymakers have been trying to stabilise the property sector, which accounts for a quarter of the economy, after a string of defaults among developers on their bond repayments and a slump in home sales.

The investigation underscores the challenges for Beijing in its efforts to encourage banks to extend fresh loans to embattled developers, while managing lending risks.

Property loans accounted for 25.7% of total banking sector credit in China as of end-June, central bank data showed. The banking sector’s total outstanding loans was 206 trillion yuan ($30.3 trillion) at the end of the first half.

While Chinese banks have the biggest exposure to local developers and homebuyers, foreign lenders including HSBC Holdings and Standard Chartered lend to property firms.

The debt crisis in China’s property sector has worsened in recent weeks after a growing number of homebuyers threatened to stop making mortgage payments on stalled property projects, aggravating a crisis that could lead to social instability.

The CBIRC is also asking some developers for details of their cash positions and the source of money for debt repayments, a third banking source said.

Beijing’s launch of tough leverage rules for developers in recent years has led to cashflow issues for many, leaving some scrambling from one month to the next to pay upcoming debt and sometimes failing.

“The regulator wants to know how to tailor policy and assess risk,” said one banker at a foreign lender, who has been asked for property sector-related lending documents over the last couple of weeks.

The investigation is very detailed and loan officers are being approached multiple times, sometimes over many weeks for additional documents on lending to specific developers, two of the sources said.

A potential rise in mortgage defaults raises risks for banks and developers.

“The risk of new NPLs (non-performing loans) will remain a threat to banks’ asset quality,” said rating agency Moody’s in a June note.

Commercial banks’ non-performing loan ratio stood at 1.67% at the end of June, down from 1.73% at the beginning of this year, according to CBIRC data, though many analysts believe the real number is much higher.

New bank lending in China tumbled more than expected in July while broad credit growth slowed, as fresh COVID-19 flare-ups, worries about jobs and the property crisis made companies and consumers wary of taking on more debt. 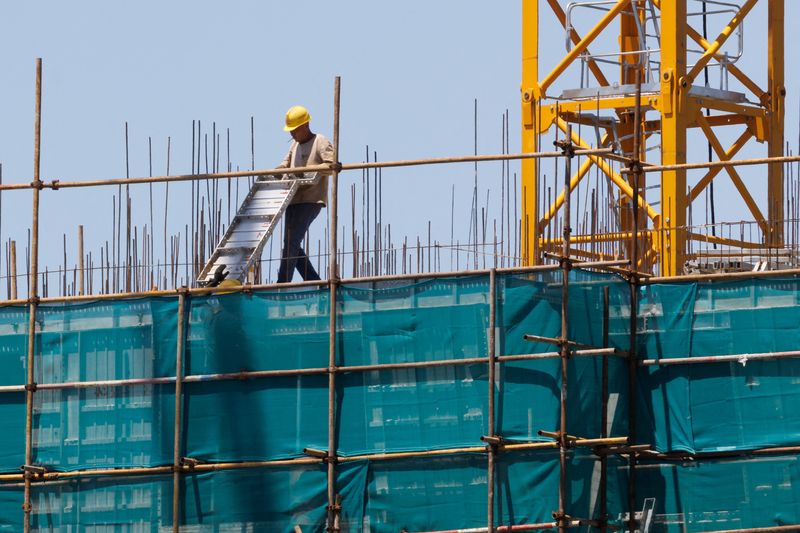