STOCKHOLM (Reuters) -The Swedish government on Thursday cut its outlook for growth next year as it warned the impact of Russia’s war in Ukraine and soaring inflation would increasingly hit the economy.

The minority Social Democrat government, which faces a tight general election in September, raised its outlook for economic growth this year to 2.3%, from a June forecast of 1.9%, but it slashed its prediction for 2023 to just 0.4% from 1.1%.

“The economy is on a war-footing and uncertainty is high,” Finance Minister Mikael Damberg told reporters.

“Sweden is heading for a downturn. We will need to prioritize and conduct responsible fiscal policies to deal with the challenges Sweden faces.”

Damberg said the government had room to raise spending next year by around 30 billion crowns ($2.87 billion), but cautioned that it could not compensate households and businesses for all the recent price hikes. The government, however, on Wednesday did announce subsidies for energy bills.

Slower global growth is likely to hurt Sweden’s exports while rising inflation, made worse by the war in Ukraine’s impact on global gas and food prices, will hit Swedish consumers.

The Social Democrats hope to woo voters with promises to use extra spending room on the welfare sector and to boost jobs.

The government and its backers are running neck-and-neck with the right-wing bloc ahead of the Sept. 11 vote and Damberg took a swipe at the opposition’s plans for tax cuts which he said would push up inflation.

“If you are irresponsible, it will end up in higher prices, a rise in mortgages,” he said.

Inflation in Sweden is running at around 8%, or levels not seen since the early 1990s, and there are few signs price pressures are easing.

The central bank has raised the benchmark interest rate twice already this year to 0.75% and is widely expected to push borrowing costs up further in both September and November.

Damberg called on employers and unions to negotiate responsible wage hikes and warned businesses not to take advantage of the current situation to raise prices more than was needed.

The government has given the National Institute for Economic research the task of monitoring price rises.

The government had limited ability to stop companies using higher prices to expand their profit margins at a time when consumers are under pressure, Damberg said, adding that consumers could change their buying habits or switch banks if needed. 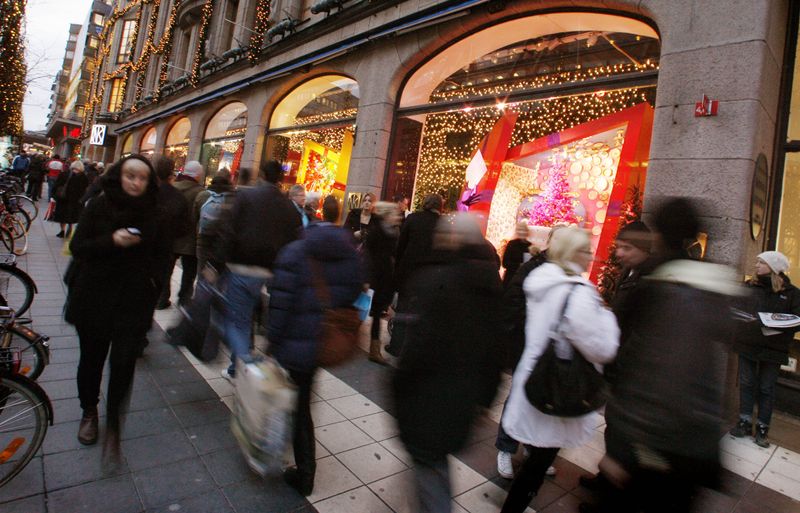