BOGOTA (Reuters) – Colombia will guarantee the right to asylum and refuge, President Gustavo Petro said late on Monday, after a high-ranking Venezuelan lawmaker urged the extradition of his party’s political opposition from Colombia.

The South American neighbors have begun the process of normalizing their relations since the inauguration of Petro this month, after years of tension and trade closures, with each naming an ambassador to the other country.

The government of President Nicolas Maduro has responded enthusiastically to Petro’s plans to open regular trade and said it wants to restart military ties.

Many Venezuelan opposition figures have fled to Colombia in recent years amid the arrests of some of their colleagues in their home country.

“Colombia guarantees the right to asylum and refuge,” Petro wrote on Twitter, re-tweeting a local press article about Monday comments by Diosdado Cabello, the second in command of Venezuela’s United Socialist Party (PSUV), who said Caracas was working on extradition requests for unnamed opposition figures.

“A bunch of people are there who Venezuela is seeking in extradition so they can be detained and sent to Venezuela for crimes committed against our country. They have even murderers protected there, thieves,” Cabello said. “Everything is a question of political will.”

Caracas broke relations with Bogota in 2019 after Venezuelan opposition activists tried to enter the country from Colombia with trucks of food and medical aid. Maduro’s government said it was a front for an attempted coup supported by Washington.

Some 2 million Venezuelan migrants are living in Colombia, according to migration authorities. 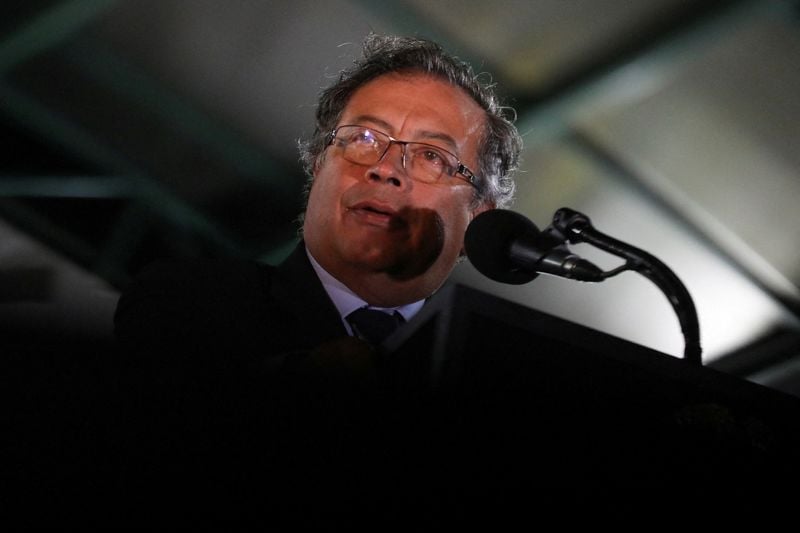