ORLANDO, Fla. (Reuters) – The dollar is soaring against the world’s major currencies, heading for its biggest calendar year rise in almost 40 years and third biggest since President Richard Nixon took the dollar off the gold standard over half a century ago.

Will the Fed be worried? Not one bit.

Quite the opposite. All else equal, the dollar’s strength will help cool price pressures by reducing import costs, and tighten financial conditions, both desired goals for Jerome Powell and colleagues as they try to bring 40-year high inflation back towards their 2% target.

Minutes of the Fed’s July 26-27 policy meeting – where it raised the federal funds rate by 75 basis points for a second consecutive meeting – show policymakers citing the stronger dollar’s drag on import prices as one of a handful of factors likely to get inflation back under control.

There is growing debate over the dollar’s impact on U.S. inflation in the post-pandemic world. But the Federal Reserve will much rather have the exchange rate appreciating than not.

“The Fed will be inclined to let it run, there is no incentive to stop it. The dollar appreciating is not hurting, if anything it is helping their case,” said Brad Bechtel, global head of FX at Jefferies in New York.

The dollar is hovering around a 20-year peak against a basket of major currencies. It is up 13.5% so far this year – on course for its biggest calendar year rise since 1984, and third largest since the dollar’s convertibility to gold ended in 1971.

On a year-on-year basis, the input more commonly fed into inflation metrics, the dollar is up around 17% this year. That’s the biggest disinflationary impulse since 2015, and many feel it will only intensify due to interest rate differentials.

The Fed is committed to raising rates even further, unlike central banks in Japan and China. The People’s Bank of China is now going in the opposite direction.

What’s more, markets are betting the U.S. economy will be in better shape than its energy-squeezed UK and euro zone counterparts over the coming winter. And if a global recession snowballs, safe-haven demand for Treasuries from overseas could put a natural bid under the dollar.

According to Bechtel at Jefferies, a basic rule of thumb used to be that a 10% rise in the dollar’s broad value was the equivalent to around 75 basis points of policy rate tightening.

Economists at Societe Generale estimate a 10% dollar appreciation causes U.S. consumer inflation to decline by 0.5 percentage points over a year.

A Kansas City Fed paper published on August 17 found that, so far at least, dollar strength has had a fairly limited impact on consumer prices.

“A much more sizable appreciation would be necessary to provide a considerable drag on domestic inflation,” the authors wrote in the paper titled: ‘Recent Appreciation in the U.S. Dollar Unlikely to Have Large Effect on Domestic Inflation.’

The paper finds that inflation-taming powers of a strong dollar today may be more muted than in years gone by, due to pandemic-related distortions to U.S. demand for imports and disrupted supply. https://bit.ly/3ci2l8L

If Fed policymakers share this view, there’s a case to be made that they are perfectly comfortable with the exchange rate as it stands, and will not mind if it strengthens further.

Indeed, as long as the pace of appreciation is not too rapid as to trigger broader financial market dislocation, they might well welcome it.

“The stronger dollar is a positive side benefit of Fed policy, and so is an indirect benefit to the Fed,” said John Silvia, economist and founder of Dynamic Economic Strategy.

There are signs the dollar’s recent pop higher is starting to be felt in financial markets. Goldman Sachs’ U.S. financial conditions index (FCI) rose 25.5 basis points in the last week to 99.30. The biggest single component, 10.2 bps, was down to the dollar, the bank said.

This reversed around a third of the FCI’s easing of financial conditions since June from rebounding equity and credit markets, even as the Fed powered ahead with two 75 bps rate hikes.

Music to the Fed’s ears, but it will almost certainly want to hear more. 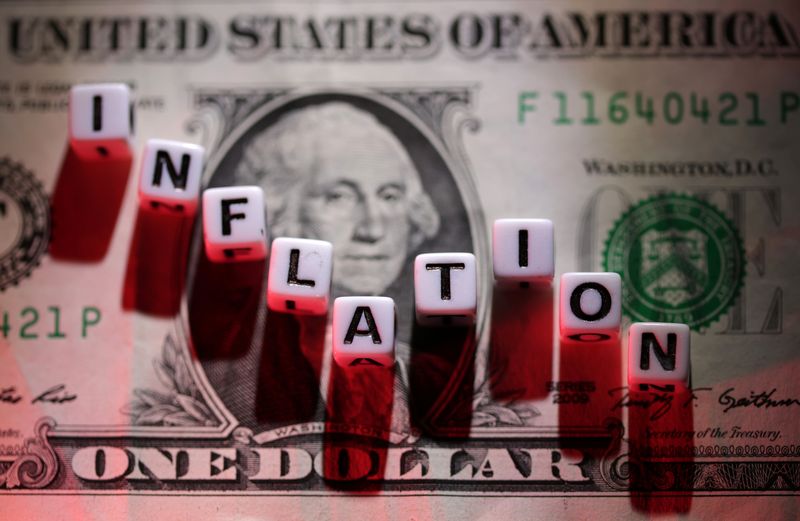