By Davide Barbuscia and Carolina Mandl

NEW YORK (Reuters) – Investors are bracing for higher interest rates for longer and hunkering down with defensive portfolios which shun high equities risk, as U.S. Federal Reserve Chair Jerome Powell on Friday cautioned against expecting a swift undo of its rate tightening.

Market participants had been awaiting Powell’s speech at the central bank’s annual symposium in Jackson Hole, Wyoming, as they looked for clues on how the Fed plans to balance its inflation-fighting plans with a flexible approach more dependent on economic data, hoping the central bank can avoid tipping the economy into a deep recession.

“We probably are going to remain defensive on equities and equity-related hedge fund managers until mid-November,” said Brooks Ritchey, co-CIO at K2 Advisors, which manages a $12-billion fund of hedge funds. “The bond market seems to be well-adjusted to Powell’s thinking … Equities seem to be still adjusting to this new central bank policy cycle.”

Equities tumbled after Powell’s brief speech, lasting less than ten minutes. The S&P 500 slid more than 2% and the Nasdaq Composite was down nearly 3%.

“For me, having cash reserves is a very comforting place to be,” said David Kotok, Chairman & Chief Investment Officer Cumberland Advisors, who is predicting that stocks will have to adjust downwards to the higher rates still coming.

“I’ve been in ‘higher for longer’ for months,” said Kotok, who said he was in the highest cash position in his U.S. equity ETF portfolio that he’s been in.

Jason Ware, chief investment officer for Albion Financial Group has also been pivoting more conservatively in the expectation of higher chances of a looming recession: “We have been slowly, incrementally becoming more defensive over the last few weeks on the equity side.”

Powell said historical records cautioned “strongly” against loosening policy prematurely but remained noncommittal about the size of the interest rate increase the Fed will approve at its Sept. 20-21 meeting.

Treasury yields spiked after the speech, with the two-year note yield briefly hitting its highest level since October 2007 before falling back.

Fed funds futures traders priced in higher odds of a 75 basis points interest rate hike at the Sept. 20-21 policy-making meeting, while bets were more skewed towards a 50 basis points hike before the speech.

Interest rate futures currently have rates reaching a plateau around March, and remaining at that level for a longer period than had been seen in late July.

There is some pricing in the market for no more than a quarter point cut by the end of 2023 – although that’s a shift from a month ago when at least two were priced in. Contracts that far out are far less liquid than near-term ones.

“I don’t think they will be doing that,” Murphy said.

Jason Pride, Chief Investment Officer of Private Wealth at Glenmede, said market expectations that the Fed could soon halt or even reverse monetary tightening had been unrealistic, and that the central bank will remain determined to fight price pressures even if that comes at an economic cost.

“We’ve started de-risking much earlier in the year .. Mainly on our perspective that the Fed is likely to cause a recession with these actions, out of necessity,” he said.

“What I heard from Powell is one of the most unequivocal statements about the fact that inflation is too high, which we all know, but more importantly the Fed is going to keep rates high,” said Desai.

‘STILL A LONG WAY TO GO’

The U.S. central bank has raised its benchmark overnight interest rate by 225 basis points since March but the rapid tightening of financial conditions has led investors to weigh inflation concerns against recessionary fears – two opposing narratives that have caused wild price swings across asset classes this year.

Powell’s speech comes after a summer market rally driven by expectations that the central bank would slow down the pace of rate hikes and potentially reverse to rate cuts early next year due to emerging evidence of a slowdown in economic activity and a possible peak in rising price pressure.

Those views were strengthened when, in the minutes of the July policy meeting released earlier this month, the Fed said it saw “little evidence” that inflation pressures had eased but that it recognized the risk it might tighten too much and curb economic activity.

Many in the market, however, had remained skeptical that a so-called Fed pivot could happen anytime soon.

“I think the Fed will need to keep up the hawkish forward guidance for the time being because even if inflation is moving in the right direction there’s still a long way to go,” said Jeff MacDonald, Head of Fixed-Income Strategies at Fiduciary Trust International. 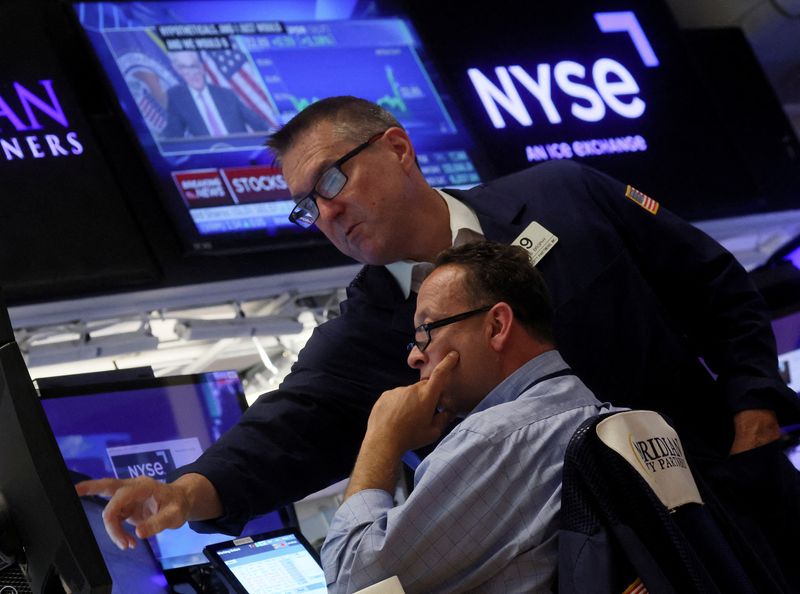