SANTIAGO (Reuters) – Chileans will head to the polls on Sunday to approve or reject a new constitution that would replace the Andean country’s current text that dates back decades to the era of military dictator Augusto Pinochet.

The proposed new constitution focuses on social rights, the environment and gender equality, a sharp shift from the market-orientated current one that underpinned decades of growth but that stoked inequalities that led to months of angry protests in 2019.

WHY DOES THIS MATTER?

The new text, if approved, would set the stage for stronger environmental protections in the world’s top producer of copper and No. 2 producer of battery metal lithium, which has stoked some concern in the mining sector.

Uncertainties have also rattled markets and investors, though that is unlikely to subside regardless of the result given the likelihood a new process if the current text fails.

“Even if rejection wins, institutional uncertainty is to linger,” investment bank J.P. Morgan said in a note.

WHAT DO THE POLLS SAY?

The most recent polls since April have show more voters plan to reject the new constitution than approve it, with a consistent lead of about 10 points over the last month of polling. Pollsters are currently in a black-out period.

HOW WILL THE VOTE WORK?

More than 15 million Chileans and residents are eligible to participate in the mandatory vote on Sunday, casting ballots at some 3,000 sites around the country.

Polls open at 8 a.m. local time (1200 GMT) and close at 6 p.m., unless there are voters still in line. Results are expected within a few hours.

If the text is approved, the ruling coalition has signed a pact to reform and “clarify” some areas of the constitution. There are also 57 transitory articles that will guide the transition from the current constitution.

If the text is rejected, President Gabriel Boric has said a new constitutional process must be initiated to comply with a 2020 referendum where 80% of Chileans voted to draft a new constitution to replace the Pinochet-era text.

Other political factions say the current text can be more simply amended using the quorum adjustments that have been recently approved. 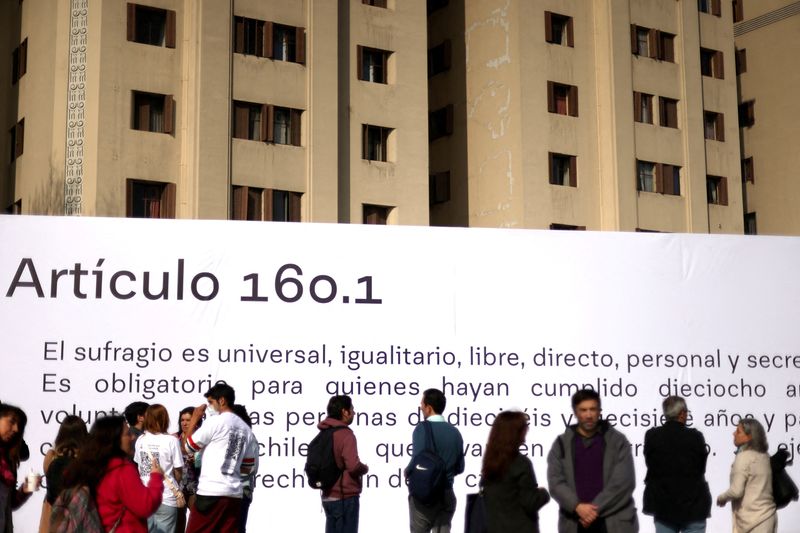