BRASILIA (Reuters) – Brazil’s central bank chief Roberto Campos Neto said that policymakers aren’t focusing on monetary easing at the moment as the priority remains on bringing back inflation to the official target.

“We’ve been communicating that we don’t look, don’t think about falling interest rates at this moment,” Campos Neto said late on Monday in a speech at an event hosted by the Valor Econômico newspaper.

The Brazilian central bank has hiked rates at 12 straight policy meetings from a record-low 2% in March 2021, battling inflationary pressures from global commodity prices which had been compounded by an election-year spending spree by President Jair Bolsonaro.

Policymakers have been signalling a pause in the cycle at the Sept. 21 meeting, while still keeping the door open for another hike to the benchmark Selic rate, now at 13.75%, if such a move is deemed appropriate.

Campos Neto said the central bank would assess the need for another rate at this month’s policy meeting, adding that the country will probably experience three months of deflation, mainly due to the government’s tax reduction measures.

Brazilian consumer prices fell in the month to mid-August, pushing into deflation territory as transportation prices continue to fall on the back of federal legislation cutting taxes on fuel and fresh price cuts by state-run oil company Petrobras.

The rolling annual rate however remained high. Inflation hit 9.6% in the 12 months to mid-August and private economists polled by the central bank predict it will close the year at 6.6%, still far above the official target of 3.5%.

Referring to consumer prices, Campos Neto said “the battle is not won” and that policymakers are looking closely at service inflation and how the unemployment rate evolves.

Brazilian Economy Minister Paulo Guedes recently stated that monetary easing would kick off in the country as soon as the year turns, which would help support much higher than expected GDP growth in 2023.

Private economists, on the other hand, project rates will only begin to fall in late June, according to a central bank weekly survey. 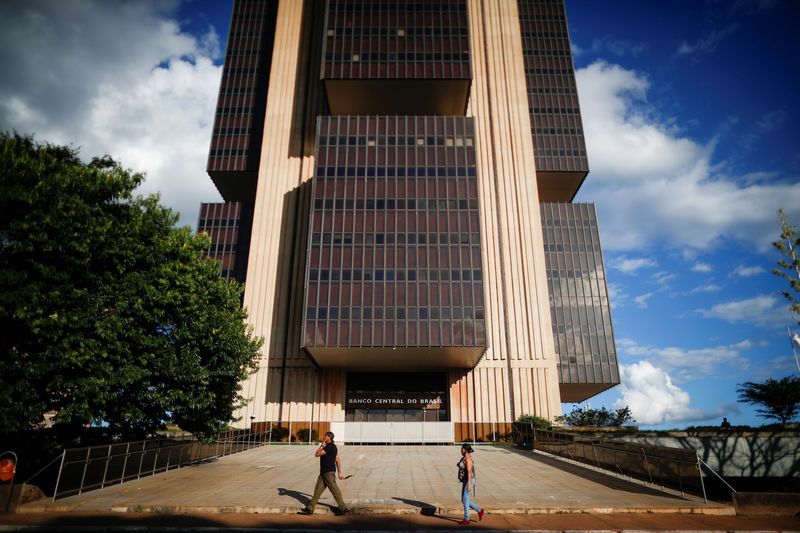