By Chen Lin and Scott Murdoch

SINGAPORE/HONG KONG (Reuters) -Georgia’s former prime minister Bidzina Ivanishvili alleged on Monday a trust unit of Credit Suisse had failed to take steps to prevent him from losing $1.27 billion, as a Singapore court started to hear evidence in the case.

Ivanishvili has accused Credit Suisse Trust Ltd in Singapore of failing to safeguard his investments and “take the appropriate steps” to prevent losses linked to fraud committed by its former Geneva-based banker Patrice Lescaudron.

The trust unit said in its opening statement “the quantum of damages claimed by the plaintiffs is extreme,” without mentioning the amount. It asked the court to dismiss the claim.

Ivanishvili gave evidence to the Singapore International Commercial Court via a video link from Georgia. An opening statement from his lawyers said the trustee had calculated his losses at $818.2 million, below their estimate of $1.27 billion.

The case comes as Credit Suisse’s new CEO Ulrich Koerner, promoted just over a month ago, aims to put the bank back on an even keel after a string of scandals.

Koerner has been tasked with paring back investment banking and cutting more than $1 billion in costs to help Switzerland’s second-biggest bank recover from the setbacks and losses.

In a statement read to the court, Ivanishvili’s barrister Cavinder Bull SC said $1.1 billion had been placed under the custodianship of the Credit Suisse Trust in 2005.

Lescaudron was Credit Suisse’s “conduit” for Ivanishvili’s business and started “fraudulently mismanaging” the trust’s investments and “misappropriating” the trust funds as early as 2007, the statement said.

Lescaudron was convicted by a Swiss court in 2018 of forging the signatures of former clients, including Ivanishvili, over an eight year period. He admitted falsifying trades and hiding losses as part of a scheme that made him tens of millions of Swiss francs.

Credit Suisse is reeling from billions in losses racked up in 2021 via failed investments, plus the impact of multiple legal cases, including a Bermuda court case, also involving Ivanishvili, that could cost around $600 million.

The Swiss bank has said its life insurance subsidiary, which is involved in the Bermuda court case and is in the process of being wound down, intended to “vigorously pursue” an appeal of a ruling from that court that it should pay out damages.

In its opening statement in the Singapore court, the trust unit said the proceedings against it were “overreaching”.

Credit Suisse Trust accepted it was “under a duty to protect the Trust Assets if it had actual knowledge that those assets were not being managed properly,” it said, adding that – at that time – it did not have such knowledge.

“CS Trust invites the Court to dismiss the claim as being against the wrong defendant and on the wrong basis,” it said.

Ivanishvili’s lawyers, however, said submissions made at trial would “demonstrate that the Plaintiffs should be granted the reliefs that they seek”.

“I thought I came to the experts who will be working to protect my capital and my family,” Ivanishvili told the court via a translator.

The hearing before Justice Patricia Bergin continues on Tuesday.

(Reporting by Chen Lin in Singapore and Scott Murdoch in Hong Kong; Editing by Sumeet Chatterjee and Mark Potter) 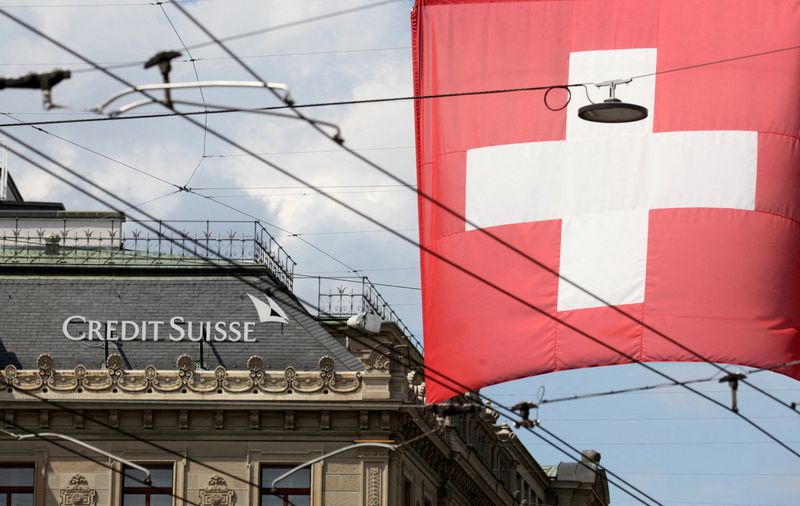