By David Stobbe and Ismail Shakil

JAMES SMITH CREE NATION, Saskatchewan (Reuters) -Canadian police on Monday found one of the suspects in a mass stabbing spree dead while the other suspect, his brother, was still on the run and may be injured, officials said.

The brothers Damien and Myles Sanderson are suspected of murdering 10 people and wounding 18 in a stabbing rampage that devastated an indigenous community in Saskatchewan on Sunday, in a country unaccustomed to outbreaks of mass violence.

The attacks were among the deadliest in Canada’s modern history. Police said some of the victims appeared to have been targeted, while others were apparently random. (Graphic: https://tmsnrt.rs/3cKaBP0)

The victims included a mother of two, a 77-year-old widower and a first responder.

In a manhunt involving hundreds of police officers, Damien Sanderson, 31, was found dead in a grassy area on the James Smith Cree Nation, possibly killed by his brother, who had been previously wanted for violent crimes.

The brother still at large, Myles Sanderson, 30, “may have sustained injuries” and could be seeking medical attention, said Rhonda Blackmore, commanding officer of the Saskatchewan Royal Canadian Mounted Police, at a news conference.

With the death of one Sanderson brother and the injury to the other, the casualty count now stood at 11 dead and 19 injured, Blackmore said.

“We can confirm he has visible injuries. These injuries are not believed to be self-inflicted at this point,” Blackmore said without specifying what caused the injuries.

Asked if Myles Sanderson was suspected of also killing his brother, Blackmore said, “It is an investigative avenue that we are following up on but we can’t say that definitively.”

She also warned that police still considered Myles Sanderson a danger to the public, even if he were injured.

“Myles has a lengthy criminal record involving both persons and property crimes. … We consider him armed and dangerous. Do not approach him,” Blackmore said.

Police in the Saskatchewan city of Saskatoon had been searching for Myles Sanderson since May, when he stopped meeting his parole officer after serving a sentence for assault, robbery, mischief and uttering threats, CBC News reported.

Ivor Wayne Burns of James Smith Cree Nation said three of the victims – his sister Gloria Lydia Burns, a woman and a 14-year-old boy – died at a single location.

However police told a press conference on Monday that the youngest victim was born in 1999.

Gloria Burns, a member of the community’s crisis response team, was killed when she attended an emergency call.

“This tragedy that happened here on our land, it’s all because of drugs and alcohol,” said Burns, adding that the involvement of drugs in the killings was discussed at a community meeting on Monday.

“The drug problem we have here is rampant. It’s gone out of control,” Burns said.

His comments echoed those on Sunday of Chief Bobby Cameron of the Federation of Sovereign Indigenous Nations, who connected the killings with drugs.

Although police have not identified drugs or alcohol as a factor, Burns said the men responsible for the killings are band members and were high at the time of the crimes. Band is a term used to refer to certain First Nations communities in Canada.

Prime Minister Justin Trudeau called the attacks “shocking and heartbreaking” and said he had spoken with the leadership of the James Smith Cree Nation and Saskatchewan Premier Scott Moe to pledge his government’s support.

“The federal government will be there with the resources necessary right now in this time of crisis but also we’ll continue to work as partners in the weeks, months and years to come through grieving and healing,” Trudeau said at the Ottawa airport, before flying to Vancouver for a meeting of Liberal ministers.

In an unrelated incident that has further rattled the province, police in Saskatchewan said on Monday they were investigating reports of a shooting on Witchekan Lake First Nation and warned the public that several armed suspects were on the loose. 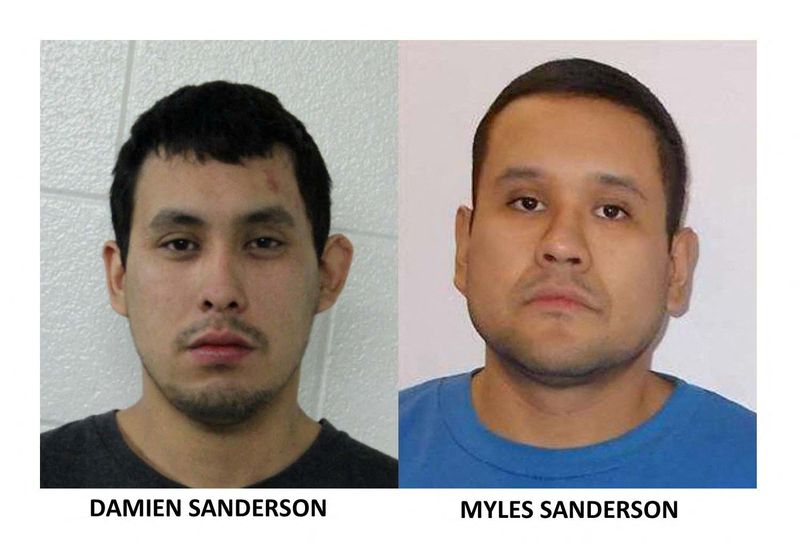 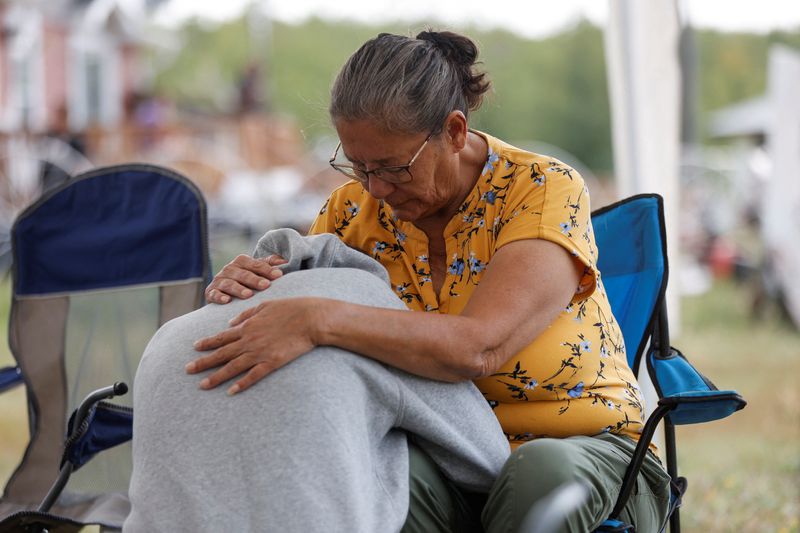 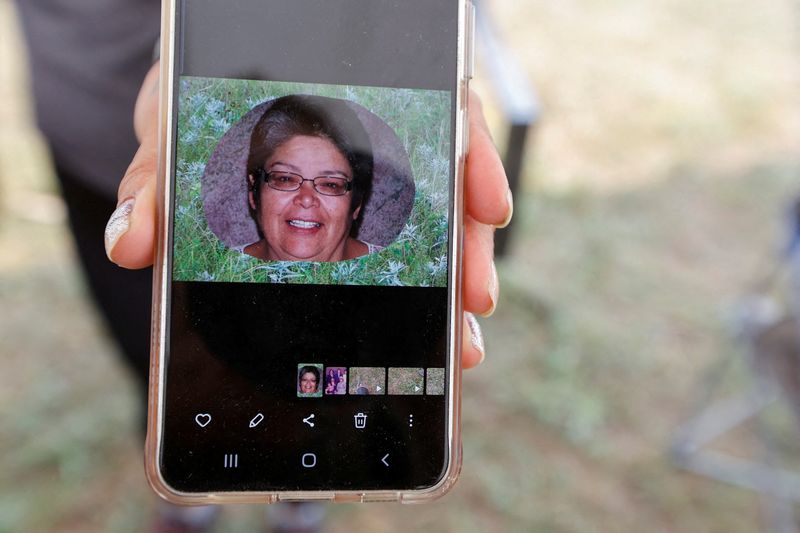 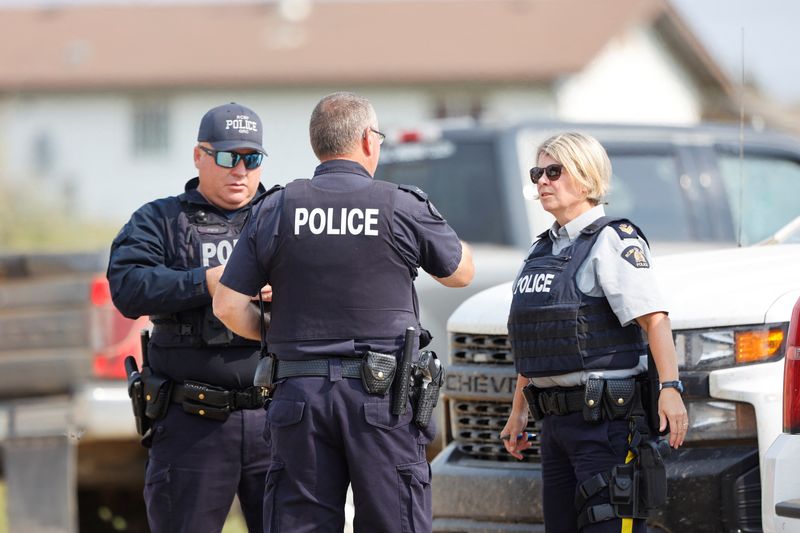 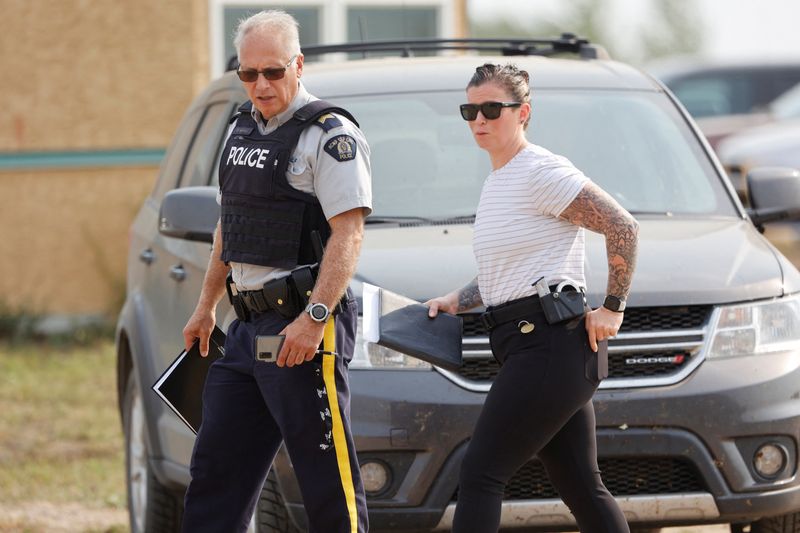