By Marcelo Rochabrun and Marco Aquino

LIMA (Reuters) – Peru can achieve economic growth of 4.3% in 2023, beating official forecasts that are already optimistic, thanks to a new economic package, Finance Minister Kurt Burneo said on Thursday.

“We are talking about around 4.3% (growth),” Burneo told Reuters in an interview, a previously unreported figure that comes after the government unveiled an economic package that he says will significantly boost the economy.

“The results depend on things like how long Congress takes to approve our package,” Burneo added.

The bullish expectations build on already optimistic forecasts. Peru’s finance ministry said in August that the country would grow 3.5% in 2023, much higher than the average estimate of 2.8% as compiled by Refinitiv.

Peru is the world’s No. 2 copper producer and Burneo said he wants to facilitate new mines and expansions. He has met with Newmont Mining Corp and plans to do so again, he added, in hopes of securing its $2 bln Yanacocha Sulfuros project.

Burneo has made boosting economic growth his key priority amid a slowdown in global conditions. He unveiled a package on Thursday that includes subsidies, cash transfers and higher public spending.

Peru’s economy has also been impacted by political turmoil under President Pedro Castillo, who campaigned on a far-left platform that spooked investors before he moderated it once in office.

Burneo himself is a center-left economist who has served as a central bank board member and former economics vice minister.

He added that the ministry’s current forecast of 3.3% growth for this year is “prudent” and could come in higher thanks to the initial impact of his economic package.

(Reporting by Marcelo Rochabrun and Marco Aquino in Lima; Editing by Matthew Lewis) 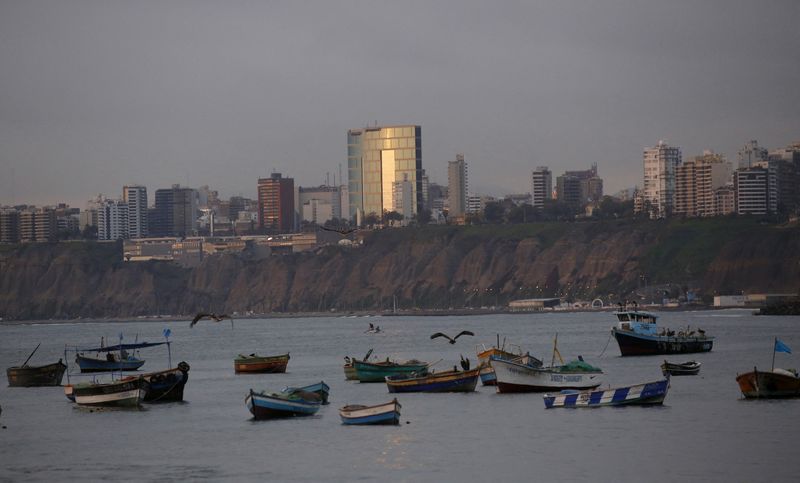