WASHINGTON (Reuters) – The U.S. Department of Agriculture will invest nearly $3 billion in projects to reduce climate-harming emissions from farming and forestry, tripling the funding it had initially envisioned for the program, the agency announced on Wednesday.

The investment is part of a broader effort by the administration of President Joe Biden to decarbonize the U.S. economy within decades and make the United States a leader in the fight against global climate change.

“This will allow the U.S. agriculture and forest industry to take a leadership role internationally,” said Agriculture Secretary Tom Vilsack on a call with reporters on Tuesday. “This is a really big day for American agriculture.”

The program will fund 70 projects across 50 states and Puerto Rico that would encourage farmers to cut emissions in various ways. This would include planting cover crops to enhance soil health and absorb carbon, improving manure management to cut methane emissions, and collecting data on environmentally friendly beef and bison grazing practices.

USDA first announced in February that it would spend $1 billion on the effort, which it dubbed the Partnerships for Climate-Smart Commodities program.

But after receiving 1,050 applications requesting more than $20 billion in funding – far more than the agency anticipated – it turned to the Commodity Credit Corporation (CCC) for more money, Vilsack said.

The CCC is a pool of funds provided by the U.S. Treasury to support the farm economy.

The projects announced on Wednesday will receive $2.8 billion and range in size from $5 million to $100 million. The private sector has pledged an additional $1.4 billion for the projects, Vilsack said.

The agency said it will announce a second round of funding later this year for additional climate-related projects.

(Reporting by Leah Douglas in Washington; Editing by Matthew Lewis) 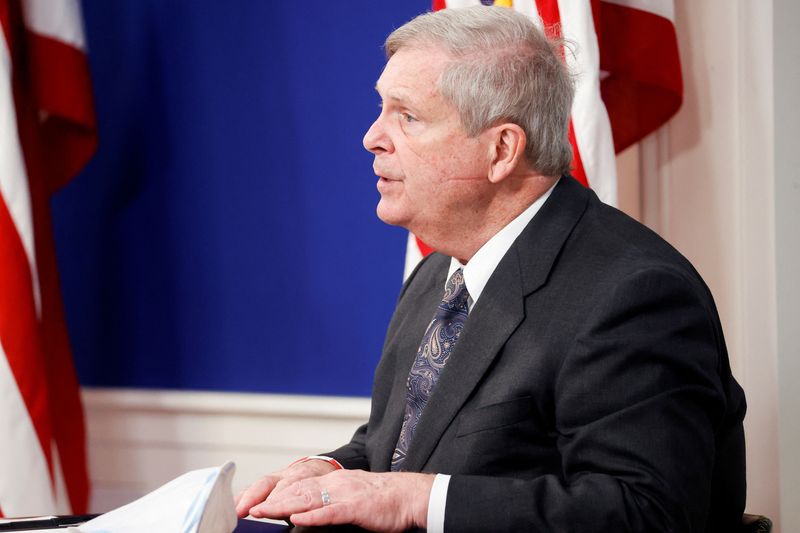