By Alexandra Alper and Steve Holland

WASHINGTON (Reuters) – U.S. President Joe Biden on Thursday directed the committee that reviews foreign investment for national security risks to sharpen its focus on threats to sensitive data, cyber security and areas such as microelectronics and artificial intelligence.

In an executive order, Biden also instructed the U.S. Treasury’s powerful Committee on Foreign Investment in the United States (CFIUS) to more closely vet transactions that could impact U.S. leadership in biotechnology and quantum computing, according to senior administration officials briefing reporters on the move.

“The executive order will help guide the committee and should also help businesses and investors better identify early on national security risks arising from transactions to help them determine whether to file with CFIUS,” one of the officials said.

U.S. companies making deals with foreign entities are required to file with the agency if they meet certain criteria.

The official stressed that CFIUS has already been considering these kinds of risks and has taken action to address them in the past.

CFIUS has become a powerful tool to stymie Chinese investment in critical sectors in the United States.

Under the previous Trump administration, CFIUS ordered China’s ByteDance to divest the U.S. business of popular short video app TikTok because of fears that U.S. user data could be passed on to China’s communist government.

Reuters reported in March that TikTok was nearing a deal for Oracle Corp to store its U.S. users’ information without ByteDance having access to it, hoping to address U.S. regulatory concerns over data integrity on the app.

The Treasury Department said in a report last month that Chinese investors roughly doubled the number of applications they made last year seeking U.S. regulatory clearance for proposed stakes in American companies.

The officials said the new executive order was not specifically aimed at China.

“Neither this order nor CFIUS as a general matter is country specific (or) is country focused. What the committee does is look at transactions on a transaction by transaction basis to assess national security risks,” one official said.

The order also directs CFIUS to focus on transactions that could put Americans’ personal data at risk and could pose cybersecurity risks. 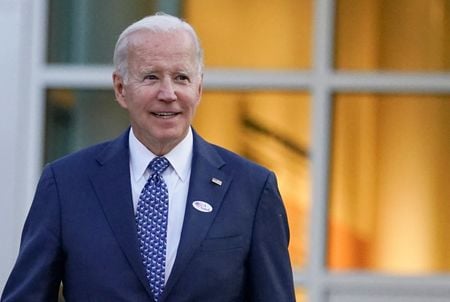