(Reuters) – Former Trump administration lawyer Jeffrey Bossert Clark told Washington, D.C., legal regulators that a federal raid of his home in June was tied to a U.S. Justice Department investigation for conspiracy, false statements and obstruction of justice, according to a filing released on Wednesday.

The filing, made by a District of Columbia Bar committee, lays out which laws federal investigators think may have been violated in connection with a raid earlier this year, when agents seized Clark’s electronic devices. Clark is under scrutiny for attempts to be appointed attorney general under then-President Donald Trump to help promote false election fraud claims.

Clark’s attorneys and a Justice Department spokesperson did not immediately return requests for comment.

Clark, who is facing disciplinary charges in Washington, D.C., appears to have made the statement about the federal raid to D.C. legal regulators in a still-sealed filing in his ethics case. It was recounted in a report from a D.C. Bar committee that rejected Clark’s bid to defer prosecution from the bar’s Office of Disciplinary Counsel until after the DOJ probe is closed.

The D.C Bar committee also denied Clark’s efforts to pause the disciplinary proceedings until the conclusion of the congressional investigation into the Jan. 6, 2021, riots at the U.S. Capitol, and a Georgia grand jury investigating Trump’s efforts to overturn the results of the 2020 election. 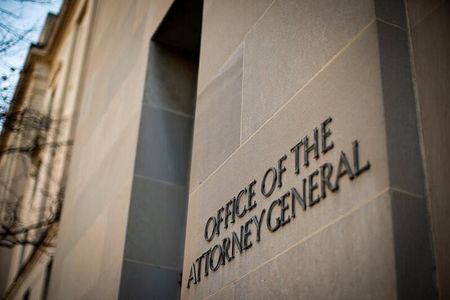