BRUSSELS (Reuters) -Industry groups have warned the European Union’s package of emergency measures to bring down energy costs does not go far enough, and they urge Brussels to do more to tame gas prices.

The European Commission on Wednesday proposed cuts in electricity use and applying windfall-profit levies on energy firms, which it said would raise 140 billion euros ($140 billion) for governments to rechannel into helping businesses and citizens with soaring energy bills.

“These measures are not enough and will not save the energy-intensive aluminium industry from further production cuts, job losses, and possibly a complete breakdown,” industry group European Aluminium said in a statement.

The energy-intensive sector urged EU energy ministers to take “additional measures” when they meet on Sept. 30 to negotiate the plans – in particular, to tackle high gas prices, which are the main driver of rocketing electricity costs.

Around 70% of European ammonia production had halted since August due to soaring gas prices, Fertilizers Europe said. Gas is a key ingredient in current methods of producing ammonia.

Dutch front-month gas prices have dipped this month, but are still around 14 times higher than two years ago. The leap in prices has been fuelled by Russia slashing gas deliveries to Europe following Moscow’s invasion of Ukraine in February.

A European Commission spokesperson declined to comment on reactions to the proposals, but said Brussels had already put in place numerous measures to deal with high energy prices, and was working on further relief concerning liquidity for companies and state aid.

Yet calls to curb gas prices have divided EU countries.

Italy and Poland are among those in favour of a price cap on imported gas. The idea is opposed by Germany, Europe’s biggest gas buyer, and countries, including the Netherlands, that fear it would drive supply away from Norway, Algeria and other non-Russian producers.

The Commission left gas price caps out of its proposals, and some EU officials echoed concerns that capping prices would compromise Europe’s ability to shore up supplies.

The EU also shelved an earlier plan to cap only Russian gas prices. It did so after opposition from central and eastern European countries that were worried Moscow would retaliate by halting what little supplies it still sends to the bloc.

Still, some diplomats are cautiously optimistic the Commission’s proposals would be approved at the Sept. 30 meeting, even if some countries have raised concerns about the plans.

For example, Poland and Hungary have questioned plans to enforce a windfall-profit levy on fossil fuel firms with support from a reinforced majority of EU countries, rather than the unanimous approval that tax laws usually require. 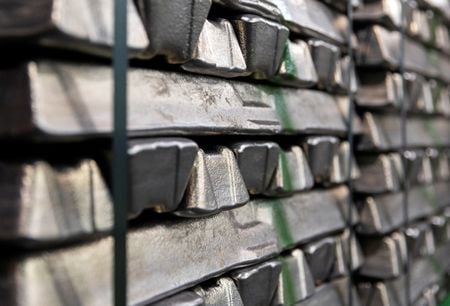