NEW YORK (Reuters) – The departure of Credit Suisse Group AG from the business of servicing hedge funds unleashed a battle for market share among banks, with the three biggest players getting bigger, according to prime brokers and new industry data.

Since then, rivals have been fighting for its 1,800 clients, even though the Swiss bank had a deal to refer them to BNP Paribas SA, according to executives at four prime brokers.

“The battle for hedge funds has never been fiercer because the industry is not growing,” said George Evans, president of data provider Convergence Inc.

The three largest banks globally in the business – Goldman Sachs Group Inc, Morgan Stanley and JPMorgan Chase & Co – widened their lead in the first half of this year, according to data provided by Convergence https://www.datawrapper.de/_/bwS8d based on hedge funds’ regulatory filings.

Below that top tier, European banks Barclays Plc and BNP are making an aggressive push to gain share, according to the data and interviews. The league table, which has not been previously reported, ranked prime brokers by number of clients.

The data for the first half of the year did not fully capture Credit Suisse’s exit as it had only shed about a fifth of its clients at that point. But rankings by revenue from data provider Coalition Greenwich and the views of prime brokers painted a similar picture.

Goldman Sachs, which was the largest by number of clients, grew nearly 9% by that metric over the past year through June, Convergence data showed. Close behind were Morgan Stanley and JPMorgan in the No. 2 and No. 3 spots.

“We lost some competitors and that created growth opportunities for Goldman,” said Cyril Goddeeris, global head of prime services at Goldman Sachs. Goldman’s share grew 11% from 2020 to March 2022, according to a source familiar with the matter.

But prime brokerage is risky and capital-intensive.

Credit Suisse, which ranked fifth by number of clients and was the biggest European player by revenue, decided to quit in November 2021 after it lost $5.5 billion on the default of Archegos Capital Management. Credit Suisse gave up such large clients as Blackstone Inc, BlackRock Inc, Bridgewater Associates and Millennium.

Beyond the top three, competition in the next tier has intensified.

Mike Webb, global head of prime equities at Barclays, said the UK bank has focused on gaining the biggest funds as clients by offering services across asset classes and regions.

Nicolas Marque, head of global equities at BNP Paribas, said, “We want to be the European leader in the equities space and to do that we need to grow globally, notably in the U.S.”

Barclays has leap-frogged rivals to claim the fifth spot last year from ninth in 2016 by revenue, Coalition data showed.

Large funds tend to have multiple prime brokerage relationships. When Credit Suisse said it would exit the business, several funds initially diverted business to firms with whom they already had relationships, Barclays’ Webb said.

“Now that the dust has settled, we are seeing a second wave of flows as firms re-evaluate their distribution among providers,” Webb said.

BNP, which acquired Deutsche Bank AG’s prime business three years ago, jumped to No. 6 from No. 9 by revenue in cash prime brokerage since 2019, according to Coalition data. It gained roughly 4.5 percentage points of market share.

BNP also hired 20 employees from Credit Suisse’s prime brokerage, according to a source familiar with the matter, and took over research house Exane earlier this year.

But the bank lost some clients, dropping one spot to No. 8 when ranked by that metric. Its assets under management remained stable, however, and a source familiar with the matter said prime brokers sometimes give clients up to focus on priority customers. 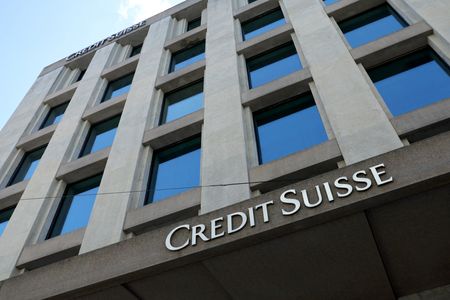