NEW YORK (Reuters) -Environmental groups are asking Procter & Gamble Co investors to vote against re-electing its chief executive as board chair, and also opposing two other directors at the annual meeting next month, according to a filing that claims the company uses too much virgin wood pulp in its paper products.

Environmental nonprofits including the Natural Resources Defense Council (NRDC) have targeted the maker of Bounty paper towels and Charmin toilet paper over the last few years, and are also calling on the consumer products company to clean up how it sources palm oil from tropical rainforests.

NRDC, Friends of the Earth and the Rainforest Action Network now want investors to vote against CEO Jon Moeller as chairman of the board, according to the U.S. Securities and Exchange Commission (SEC) filing. They also oppose corporate directors Angela Braly, chair of the governance and public responsibility committee and Patricia Woertz, a member of that committee.

Investors are set to vote on the re-election of P&G’s corporate directors at its annual meeting on Oct. 11. In the filing, the environmental groups request replacing Moeller with an independent chair, a structure some investors prefer.

“P&G’s actions have been insufficient to mitigate deforestation,” the filing said, adding that the company’s “leadership team lacks the skills, perspectives and experiences” to deal with the environmental risks it faces.

A P&G spokeswoman said that the company’s directors all received more than 90% support from investors last year. She added that P&G has issued reports summarizing its efforts, which include disclosing more data and eliminating sourcing from certain forests.

The environmentalists have been prodding P&G to make changes on forestry for several years.

“These proposals are more powerful because they get more support,” said Nell Minow, vice chair of corporate governance consultancy ValueEdge Advisors, adding that recent regulatory changes make it easier for activist investors to nominate their own directors.

“There’s a significant next step and that is going to turn the heat up on these conversations,” Minow said.

The Cincinnati-based company said in an update in July that it has created and is testing two new Charmin products, one made with plant-based fiber and another with bamboo, efforts supported by environmentalists.

The consumer products conglomerate has also vowed that by 2030 it will exclusively purchase wood pulp that meets certain criteria.

A majority of investors two years ago backed a resolution by Green Century Capital Management Inc calling on P&G to issue a report on how it could beef up efforts to eliminate deforestation and degradation in its supply chain.

Last year, NRDC also urged investors to vote against Braly, and she received significantly fewer votes than other directors did for her re-nomination to the board according to a securities filing.

NRDC has support of two shareholders who are descendants of the founders of P&G, Christopher Matthews of New York and Justine Epstein of the San Francisco Bay Area in California. Matthews and Epstein told Reuters they had asked Moeller for a meeting this month but as of Monday they had yet to hear back.

P&G is “laser-focused on shareholder values and the value of the company from an asset perspective,” Matthews said.

“The investment community sees it lagging behind on sustainability,” he said.

Braly’s role as chair of the governance and public responsibility committee, which oversees environmental concerns including forestry, “have not succeeded in mitigating” risks in P&G’s forest sourcing, the environmental groups said.

Woertz’s role on the same committee is “questionable,” the groups said, because she worked at oil-and-gas explorer Chevron Corp for nearly 30 years, the non-profits said.

The environmental groups said Moeller’s work with Monsanto, owned by Bayer, “does not align with prioritizing corporate responsibility or scientific integrity.” Bayer agreed in 2020 to pay billions of dollars to settle lawsuits by people who claimed they were harmed by its weed killer Roundup, and is defending itself against thousands of lawsuits by Roundup users.

Moeller left the board of Monsanto in 2018, the P&G spokeswoman said. 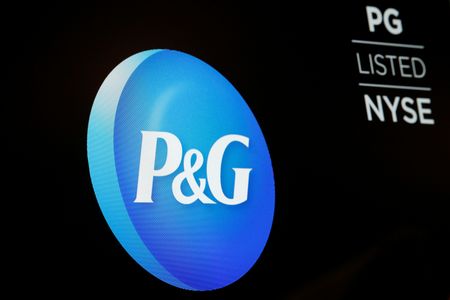