Sweden’s Riksbank is expected to tee off another round of outsized rate hikes today, with its largest rate rise in three decades.

Later, the U.S. Federal Reserve begins a policy meeting likely to set the tone for markets in the months to come, after an inflation surprise prompted markets to rethink the outlook.

Little more than a week ago markets were aiming at a peak around 4% for the benchmark U.S. Fed funds rate. Now the two-year yield is pushing 4% and markets see a peak around 4.5%.

Futures imply a 1/5 chance the Fed on Wednesday delivers its biggest hike since 1984 and goes for a full percentage point.

The Swiss National Bank is also expected to deliver a super-sized 75 bp hike and the market sees an outside chance the Bank of England delivers its biggest hike since 1989.

That such large hikes are being contemplated relatively late in the cycle is testament to how badly inflation has wrong-footed markets and policymakers. Even the Bank of Japan is under pressure, as Japanese inflation tops its target.

British markets appear set for a steady return from a day off to mark Queen Elizabeth’s funeral. Steady, that is, with sterling a whisker above a 37-year low, gilts eyeing their worst quarter in decades and the FTSE rangebound. 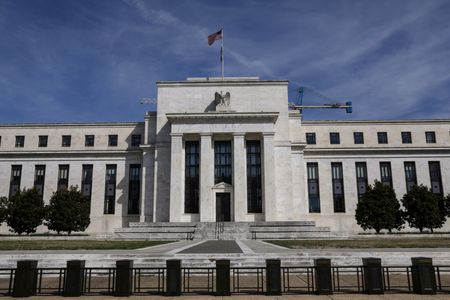