CAIRO (Reuters) – The Central Bank of Egypt (CBE), bucking analyst expectations, left its overnight interest rates unchanged on Thursday, saying it believed inflation was under control over the medium term.

The bank also raised the reserve ratio to 18% from 14%, saying that this would help tighten liquidity.

The bank’s Monetary Policy Committee (MPC) kept the deposit rate at 11.25% and its lending rate at 12.25%, it said in a statement.

A poll of 15 analysts had forecast that the bank would raise rates by 100 bps.

The MPC said that although inflation was high, it was lower on a month-to-month basis than it had been in March and April and was being driven mainly by supply-side issues, particularly international commodity prices.

“Therefore, the MPC concurs that the current key CBE rates coupled with the increased required reserve ratio are consistent with achieving price stability over the medium term,” it said in the statement accompanying the rates decision.

The Federal Reserve a day earlier hiked U.S. rates by 75 bps. The bank’s new governor, Hassan Abdalla, was appointed only hours before the last MPC meeting in August.

The central bank kept its rates on hold at its last two meetings, on June 23 and Aug. 18, but raised them by 200 bps in May, saying it was seeking to contain inflation expectations after prices surged by their fastest in three years. 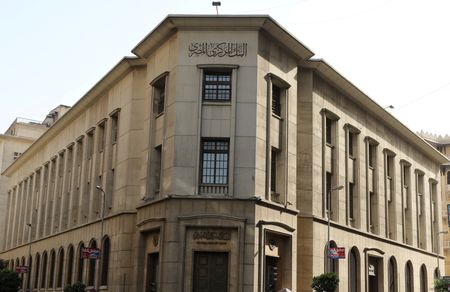