DUBAI (Reuters) -Iranian riot police and security forces clashed with demonstrators in dozens of cities on Tuesday, state media and social media said, as protests raged on over the death of young Iranian woman Mahsa Amini in police custody.

Amini, 22, from the northwestern Kurdish city of Saqez, was arrested on Sept. 13 in Tehran for “unsuitable attire” by the morality police who enforce the Islamic Republic’s strict dress code.

She died three days later in hospital after falling into a coma, sparking the first big show of opposition on Iran’s streets since authorities crushed protests against a rise in gasoline prices in 2019.

Despite a growing death toll and a fierce crackdown by security forces using tear gas, clubs and, in some cases, live ammunition, videos posted on social media showed protesters calling for the fall of the clerical establishment while clashing with security forces in Tehran, Tabriz, Karaj, Qom, Yazd and many other Iranian cities.

Rights group Amnesty International said on Twitter that Iran’s security forces have responded to the protests with “unlawful force, including by using live ammunition, birdshot and other metal pellets, killing dozens of people and injuring hundreds of others”.

State media branded the protesters “hypocrites, rioters, thugs and seditionists”, while state television said police clashed with “rioters” in some cities and fired tear gas to disperse them.

Videos posted on social media from inside Iran showed protesters chanting, “Woman, Life, Liberty”, while women waved and burnt their veils and cut off their hair.

“I will kill those who killed my sister,” chanted protesters in one of the videos from Tehran, while activist Twitter account 1500tasvir said: “The streets have become battlefields”.

Further videos on social media showed protests continuing in dozens of cities after nightfall on Tuesday. “Continuing shootings can be heard in Chabahar, Sistan and Baluchestan (province),” 1500tasvir said on Twitter.

The videos on social media could not be verified by Reuters.

State media also reported the arrest of women’s rights activist Faezeh Hashemi Rafsanjani, the daughter of a former Iranian president and founder of the Islamic Republic, for “inciting riots” in Tehran.

To make it difficult for protesters to post videos on social media, authorities have restricted internet access in several provinces, according to Internet blockage observatory NetBlocks on Twitter and sources in Iran.

On Tuesday, a spokesperson for the U.N. High Commissioner for Human Rights called on Iran’s clerical rulers to “fully respect the rights to freedom of opinion, expression, peaceful assembly and association”.

Officials said 41 people, including members of the police and a pro-government militia, had died during the protests. But Iranian human rights groups have reported a higher toll.

The Iranian human rights group Hengaw said 18 people had been killed, 898 injured and over 1,000 Kurdish protesters arrested in the last 10 days, but estimated that the real figures were higher.

“Between Monday and Friday, more than 70 women have been arrested in Iran’s Kurdistan. … At least four of them are under age 18,” Hengaw said on Tuesday.

Iran’s judiciary has set up special courts to try “rioters”, according to state media.

Over 300 Iranian Christians issued a statement supporting the nationwide protests.

Social media posts, along with some activists, have called for a nationwide strike. Several university teachers, celebrities and prominent soccer players have backed the protests.

Students in several universities have refused to participate in classes to protest at the widespread arrest of students and forceful encounters with security forces in universities.

Meanwhile, Amini’s death has drawn widespread international condemnation while Iran has blamed “thugs” linked to “foreign enemies” for the unrest. Tehran has accused the United States and some European countries of using the unrest to try to destabilise the Islamic Republic. 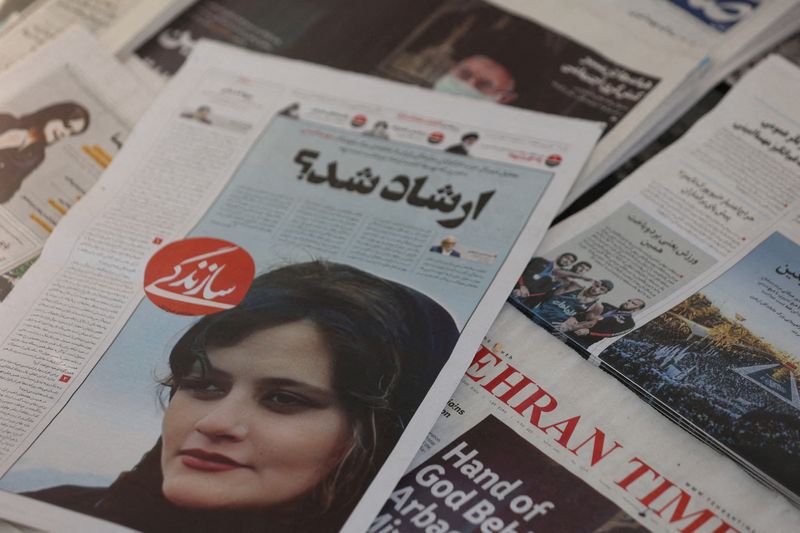 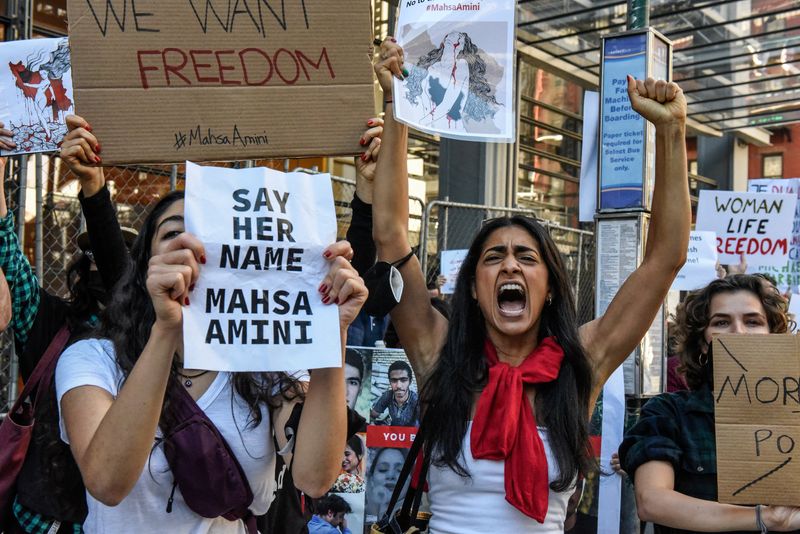 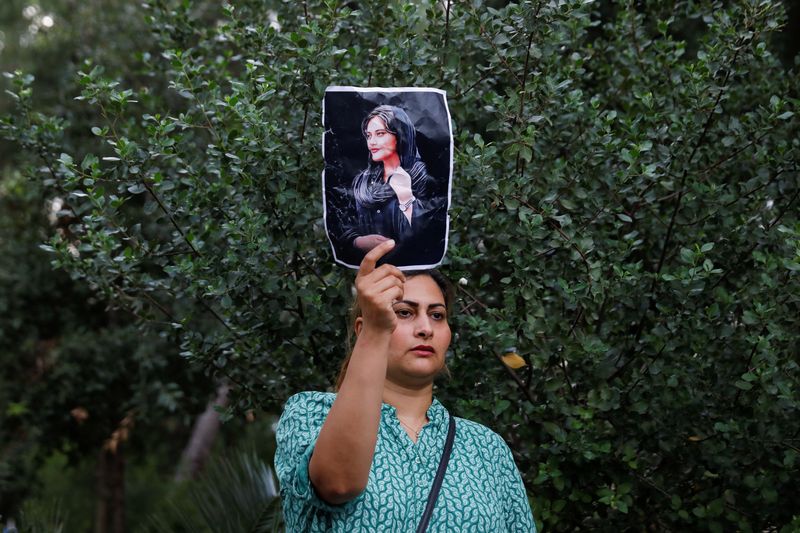 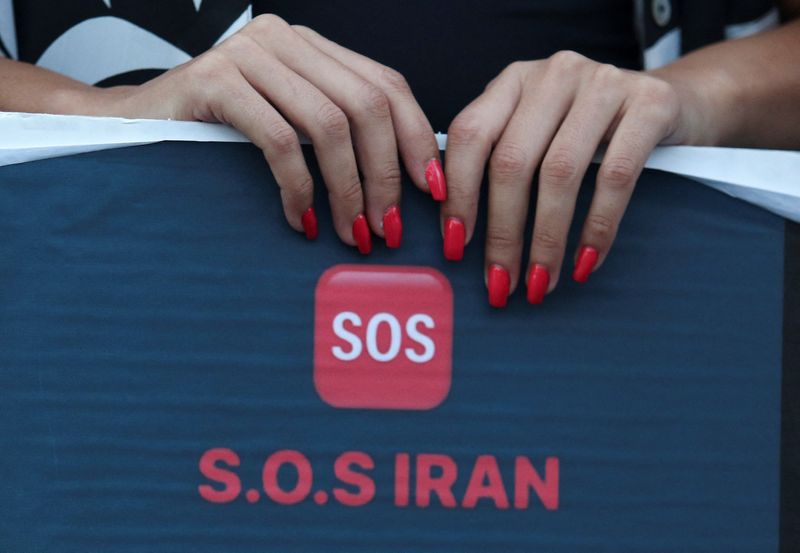 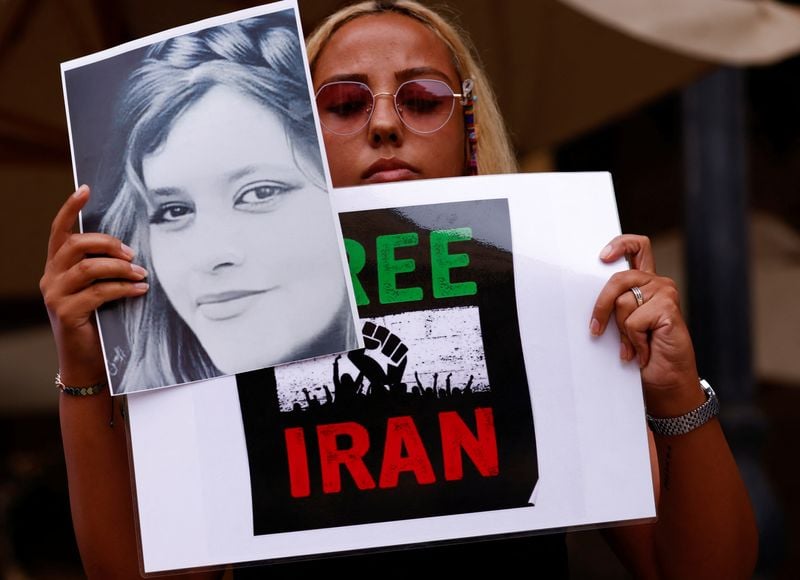