By Marcelo Teixeira and Tom Polansek

NEW YORK/CHICAGO (Reuters) -Orange juice futures on ICE exchange traded up as much as 5.5% on Wednesday as Hurricane Ian hit the Florida coast, threatening to damage orange trees in the largest producing state.

Meat companies also braced for the brunt of the storm hitting the southeastern United States, where livestock and chickens are raised, while agribusiness Cargill Inc shuttered facilities that handle products ranging from grains to salt.

Forecasters say Ian would unleash wind-driven high surf and torrential rains that may cause coastal flooding of up to 12 feet (3.7 meters) in Florida.

Juice futures had already gained more than 2% ahead of the storm on Tuesday. Risks grew for the plantations as Ian’s path changed slightly.

Orange juice prices have already gone up this year as Florida’s production is expected to drop sharply due to a fungus disease.

Florida is also the largest U.S. grower of sugarcane, but crops are located more to the west of the storm’s path.

“Sugarcane stalks are likely to bend (due to winds) rather than break,” Janes said.

Food and agricultural companies hunkered down.

Mosaic Co, which mines phosphate rock in Florida and produces three-quarters of North America’s phosphate fertilizers, has fully evacuated some sites in the state and is keeping minimal staff at others, spokesman Bill Barksdale said. He did not confirm whether Mosaic had stopped production, but RBC analyst Andrew Wong said the company halted output on Tuesday, citing consultancy CRU.

Previous hurricanes have resulted in a loss of up to 5% of Mosaic’s annual production, Wong said in a note. 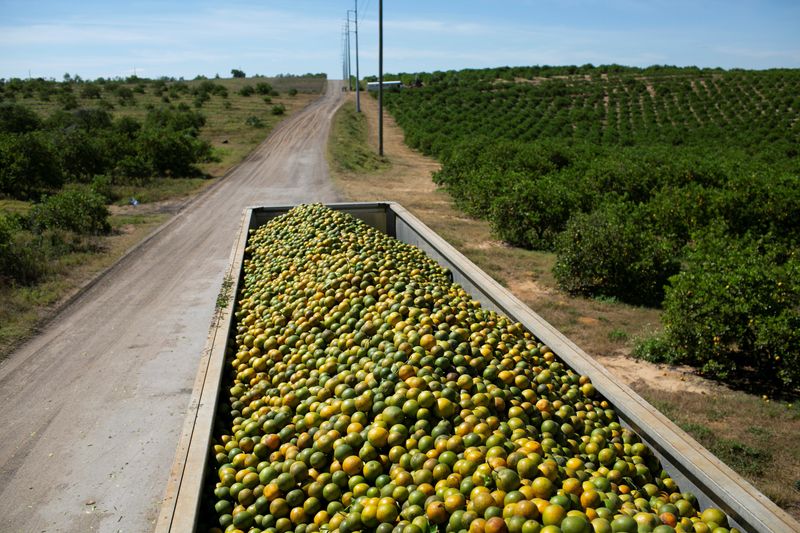