After 11 consecutive weeks of deflation and for the first time since early May, consumer prices rose in the week to Sept. 26. That rise comes less than two weeks after the central bank cut its key rate to 7.5%, but suggested the monetary easing cycle might soon be over.

Russia’s export-dependent economy is plunging into recession, hit by sweeping Western sanctions for what Moscow calls “a special military operation” in Ukraine. But the depth of contraction has so far been not as big as initially thought.

Data from the Rosstat statistic service showed industrial output falling just 0.1% year-on-year in August, but car production shrank 69% in annual terms, one of the industries hardest hit by sanctions.

The number of people unemployed in Russia dropped to 3.8% of the workforce in August, its lowest since the statistics service started publishing the figure in 1992, according to the Eikon database.

Next month’s data may shed some light on the impact of President Vladimir Putin’s partial mobilisation order on the workforce. Tens of thousands of men have been drafted into the army or have fled abroad in the past week.

Retail sales, the gauge of consumer demand, which is Russia’s main economic growth driver, fell 8.8% in August after a revised 8.7% the previous month. That was marginally better than the analysts’ forecast of a fall of 8.5% in the Reuters poll.

Rosstat also said real wages in Russia fell 3.2% year on year in July, the same decrease as the month before. Analysts polled by Reuters had expected that real wages, which are adjusted for inflation, would fall 5.2% in July. 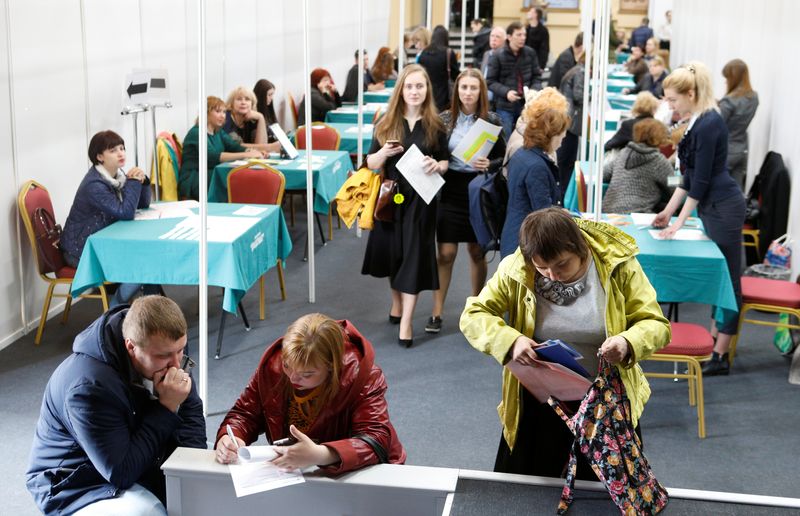