The IMF said its new Food Shock Window will be open for one year through its existing Rapid Credit Facility and Rapid Financing Instrument programs for countries with urgent balance of payment needs that “are suffering from acute food insecurity, a sharp food imports shock, or from a cereals export shock.”

The IMF’s announcement did not mention any specific countries that would be eligible for low-condition emergency loans under the new window.

Two people familiar with the new mechanism said it would allow countries to borrow up to half of their quota, or shareholding, in the fund — similar to the emergency Rapid Financing Instrument and Rapid Credit Facility, which were used to rush billions of dollars worth of financial assistance to IMF member countries struggling with the COVID-19 pandemic.

Among eligibility criteria, countries would have to show that the food import price shocks are creating a negative balance of payments impact of 0.3% of GDP. New IMF research identifies at least 48 countries in this category, including many of the world’s poorest, most vulnerable and conflict-affected states.

Negative cereals export shocks would have to reach 0.8% of GDP for eligibility, and borrowers with unsustainable debt would be denied — a rule that would cause difficulties for countries such as Lebanon or Sri Lanka.

IMF European Department director Alfred Kammer said last week that Ukraine could receive another $1.3 billion in emergency financing from the new food shock window after its approval. He said the Fund was discussing with Ukrainian authorities a new macroeconomic stabilization framework that would help the war torn country identify external financing needs.

Ukraine has said that it needs $5 billion a month in external financing to keep its economy functioning. The IMF provided $1.4 billion in emergency financing to Ukraine in March and has helped, along with the World Bank, to facilitate billions more in donor funding.

With new emergency food shock financing, the IMF aims to try to ease war-induced shortages that are fast becoming the worst food security crisis since at least the 2007-2008 global financial meltdown, leaving lives and livelihoods of 345 million people in immediate danger and a $9 billion increase in import bills for the most exposed countries.

“For some time now, the combination of climate shocks, the pandemic and regional conflicts has disrupted food production and distribution, driving up the cost of feeding people and families,” IMF Managing Director Kristalina Georgieva said in a statement. “Russia’s war in Ukraine has pushed the price of food and fertilizers even higher — hurting food importers and some exporters.” 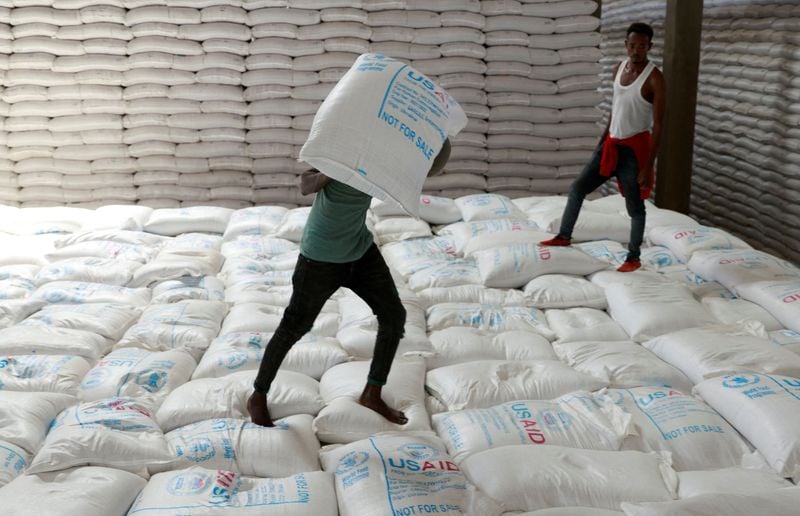