(Reuters) -Britain’s Cineworld on Friday painted a bleak picture for cinema operators, forecasting admissions would remain below pre-pandemic levels in the next two years as the Regal chain owner tries to fix its finances under bankruptcy protection.

The world’s second-largest movie theatre operator behind AMC Entertainment filed for U.S. bankruptcy earlier in September to try to restructure its debt and strengthen its balance sheet as low cinema attendance and a scarcity of blockbuster movies left a gaping hole in its finances.

Third quarter admissions were below expectations but the release of big-budget movies like “Black Adam”, “Black Panther: Wakanda Forever” and “Avatar: The Way of Water” could boost admissions in the fourth quarter, Cineworld said.

The number of people going to the cinemas to watch movies would stay below pre-COVID levels in the next couple of years, Cineworld forecast, as fewer mid-sized films are expected to release on the big screen.

Over the last few years, there has been a broad change in the way audiences view movies as online streaming became more popular. The pandemic, which forced cinemas to close, accelerated that shift.

But while the industry struggles, Cineworld’s specific issue is the amount of debt it has amassed.

It took on debt to fund its $3.6 billion purchase of Regal Entertainment in 2017 and more to survive the pandemic. Cineworld also faces damage claims after it scrapped a $1.65 billion takeover of Canada’s Cineplex.

Net debt stood at $8.81 billion at June 30, including lease liabilities, compared with $8.9 billion at the end of December, while cash reserves had declined to $131 million from $354 million over the same period.

Lenders have given the company access to $785 million of $1.94 billion debtor-in-possession financing as part of the bankruptcy protection.

Cineworld has also faced discontent from shareholders over executive pay in 2021, including bonuses to chief executive Mooky Greidinger and his brother and deputy chief Israel.

The company reported a loss before tax of $364.9 million for the six months to June 30, compared with a loss of $576.4 million a year earlier.

Admissions in the period were nearly 83 million, about 61% of pre-pandemic levels. However, ticket prices and the amount spent per person in theatres surpassed 2019 levels.

(Reporting by Yadarisa Shabong in Bengaluru; Editing by Subhranshu Sahu and Mark Potter) 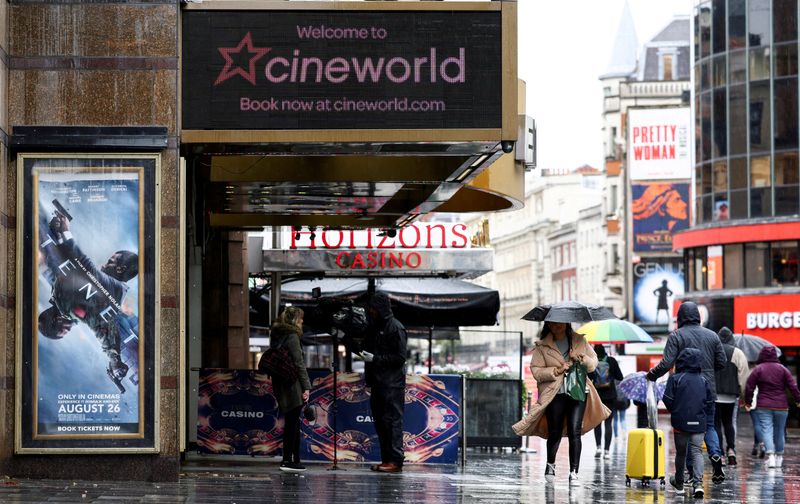