PARIS (Reuters) – UK Prime Minister Liz Truss’s decision to join the inaugural summit of a pan-European grouping this week has given a boost to the initiative, a brainchild of French President Emmanuel Macron that some have written off already as just another talking shop.

The summit in Prague of the European Political Community (EPC) will bring together the 27 leaders of the European Union with 17 leaders from the continent currently outside the club, including Britain, Turkey, Norway and Ukraine.

Truss’s decision to attend Thursday’s meeting gives Britain an opportunity to shape a new European forum from the inside after Brexit, and it could shift the spotlight away from financial and political turmoil at home.

“The British took a very pragmatic tactic: if you cannot ‘kill’ the strange initiative, it is better to engage deeply and to direct it in your own way,” a European diplomat told Reuters.

Diplomats say the EPC’s purpose is far from clear, and many doubt that, with so many around the table – foes as well as friends – it will last, even though it will address issues that preoccupy them all: energy, security and immigration.

A key aim for Macron is to embrace EU candidate countries that are losing patience waiting for membership of the bloc, and in doing so counter attempts by Russia and China to gain influence in the continent’s southern and eastern fringes.

“One of the points is to be able to tell Kosovo and Albania we can do things with them, and they don’t have to rely only on Russia and China for investment,” a French official said.

The French also think it is important to have a forum to discuss security with Britain, Europe’s other big military power, or energy with Norway, which is currently helping Europe wean itself off Russian gas.

However, Macron’s lofty ideals about a happy “European family” are not widely shared.

His proposal was initially seen with suspicion by eastern European countries, and Ukraine in particular, who suspected it was a ploy by France, long reluctant to admit more countries into the EU, to keep them in a sort of “purgatory”.

French officials deny this is the case and have gone out of their way to reassure them.

“At the start we were afraid the EPC would be an alternative to EU membership, but as it develops now, I don’t think so,” an eastern European diplomat said.

“It will be just another ‘blah blah’ forum to discuss … but after a few meetings it might finish without any big success,” the eastern European diplomat added.

“There are too many countries with too many interests … How do you have Serbia and talk about Russia? How do you have Turkey and Greece/Cyprus together? How to have Armenia and Azerbaijan at the same table?”

France is aware that, without a clear agenda, many feel the summit will amount to little more than a huge family photo of leaders at Prague Castle.

Still it was pleased that Ukraine has come up with proposals on what the EPC should look like, as well as Moldova, which has offered to host the second summit of the grouping.

Another French diplomat said some concrete initiatives could emerge from the forum, including university cooperation following Britain’s exit from the Erasmus exchange programme, or even free phone roaming charges across member countries.

European diplomats think the initiative also has the advantage of bringing Turkish President Tayyip Erdogan closer to Europe and away from Russia.

The Turks, initially miffed by French hesitancy, eventually received an invitation and will attend, but warned the EU should not believe Ankara will give up its hopes to join the club one day. It opened membership negotiations with the EU 23 years ago.

Ahead of the Prague summit, some European diplomats recalled another French initiative, launched with fanfare over a decade ago by then-President Nicolas Sarkozy, that fell into oblivion.

“Like the Mediterranean Union, it’ll be a big French project without big success and real impact,” one Baltic diplomat said.

(Writing by Michel Rose; additional reporting by Sabine Siebold in Berlin and John Chalmers in Brussels; Editing by John Chalmers and Nick Macfie) 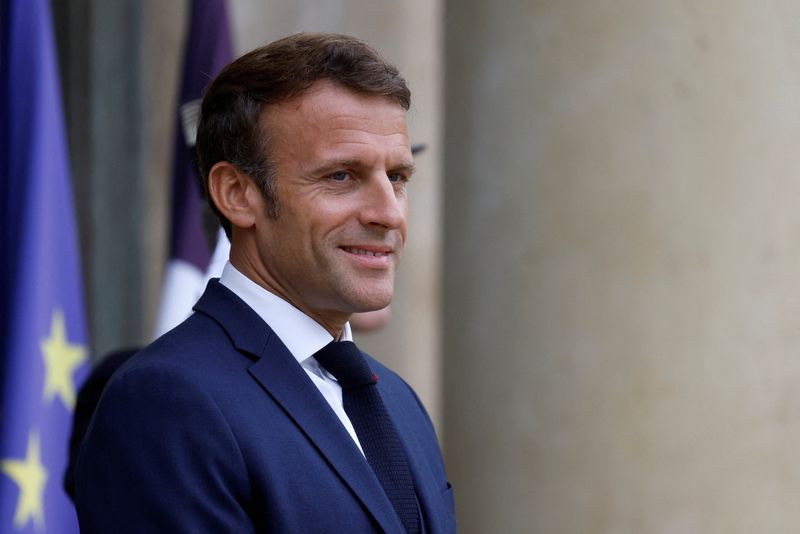